water and deploys water tankers or Mobile Treatment Plants to

affected families to address their needs for drinking, bathing

and other hygiene -related activities

Collaborations in times of disaster

In times of disaster, collaborations are best. In 2019, devastating earthquakes shook the country and tested the bayanihan culture of the Filipino people.

On April 22, a 6.1 magnitude earthquake that hit Luzon devastated homes, livelihood and displaced thousands of families from their communities. The worst-hit were the towns of Porac and Floridablanca in the Province of Pampanga. To bring aid to quake victims, Manila Water Foundation (MWF), in collaboration with Ayala Foundation, Apl.de.Ap Foundation, and Project Malasakit by Kara David, brought five-gallon water bottles to the 12 hardest-hit villages in Porac who were severely affected and were in much need of clean and potable water for drinking, cooking, and other hygiene-related activities.

Around 700 Aeta families from severely affected barangays immediately lined-up as soon as they saw the truck unload the 5-gallon water bottles. Residents even shouted, “At last, we can drink water!”

In Floridablanca, MWF reached out to families who were also badly hit by the quake. Collaborating with Ayala Foundation, Apl.de.Ap Foundation and the Pampanga Provincial Social Welfare and Development Office (PSWDO), Manila Water Foundation gave water to six hundred (600) families from Barangay Nabuclod who have lost their homes and who have no nearby water source.

In the southern part of the Philippines, consecutive quakes occurred in October 2019 that triggered landslides in North Cotabato and Davao del Sur. Severely affected residents lost their homes, and many sustained injuries and lost their sources of livelihood. Drinking water was a scarce resource among the families in evacuation centers. Groups of villagers from Makilala, North Cotabato held up signs along the road in a plea for rice and water.

Responding to the call of the villagers, the Foundation reached out to evacuation sites in the Makilala town, specifically Makilala Institute of Science and Technology (MIST), Camp Bulatukan, and New Cebu Elementary School on November 4. MWF, in collaboration with the Philippine Army, brought five-gallon bottles of potable water to around 1,000 families at the evacuation centers. Volunteers from Tagum Water and Estate Water, subsidiaries of Manila Water Philippine Ventures (MWPV), extended a helping hand during the relief operations. On November 7, the Foundation also deployed five-gallon bottles of potable water to more families in North Cotabato and Davao del Sur. Through the assistance of the Office of Civil Defense (OCD) and Philippine Disaster Resilience Foundation (PDRF), 1,000 bottles were deployed for affected families in Kidapawan City and Tulunan, North Cotabato while an additional 300 bottles were transported by the Philippine Coast Guard for Magsaysay, Davao del Sur.

Helping communities who sustain the business

Manila Water serves the East Zone in Metro Manila. Taking care of its customers is also one of its business goals as it reaches out to them in times of need. Manila Water Foundation’s Agapay Tubig program reached out to San Buena Compound in Cainta Rizal when a fire razed homes affecting 600 families on February 3. Left homeless or with houses severely damaged, the residents from Barangay Santo Domingo evacuated to covered courts in nearby subdivisions for refuge. To help ease their situation, the Foundation deployed 600 units of five-gallon bottled water to the affected residents which can sustain all the affected families with potable water for a few days to a week. 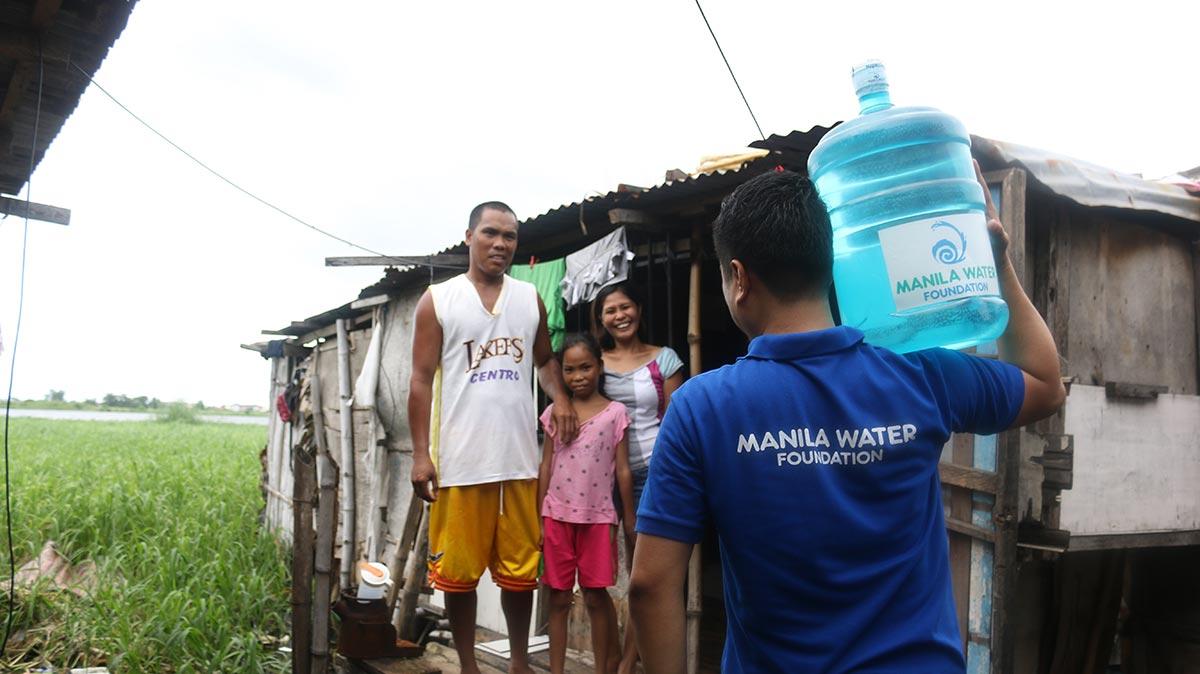 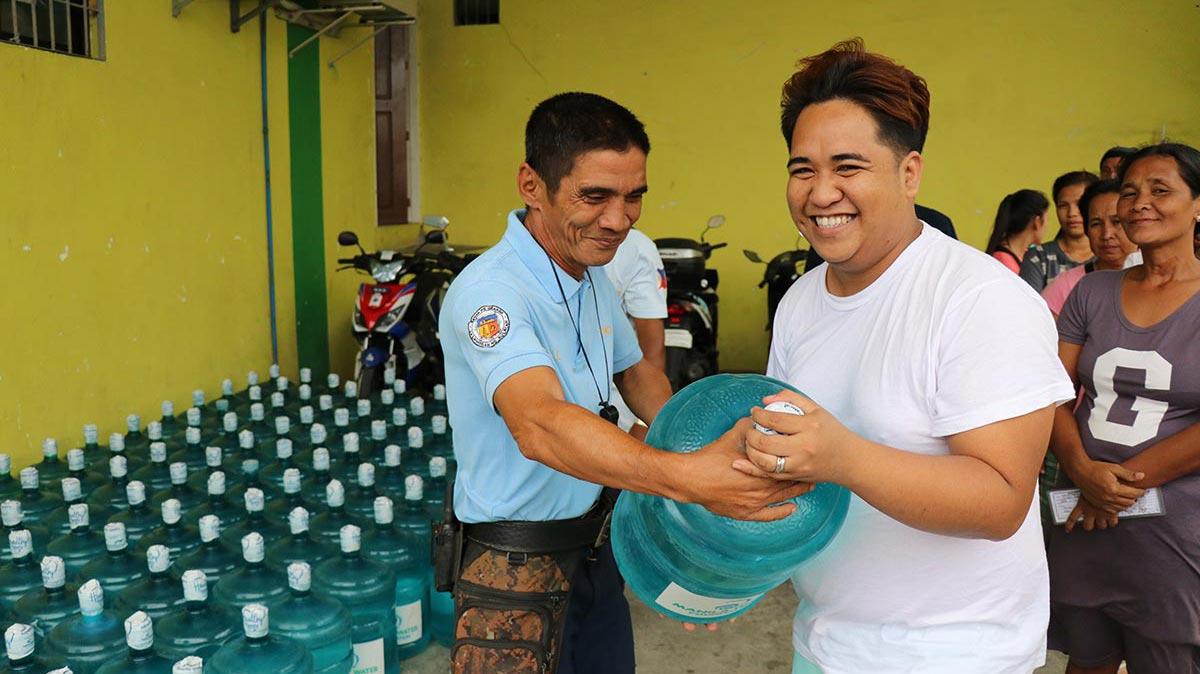 In pursuit to conduct a concerted effort in times of disaster and calamities, Manila Water Foundation led a simultaneous Memorandum of Agreement (MOA) signing event with various partners on July 30 in time for the National Disaster Resilience Month.  MWF inked agreements with its partners from government, private sector, and NGOs under its disaster response program Agapay with the purpose of consolidating efforts for effective delivery of services and relief specially in times of disaster.

The partnerships formed will be beneficial most especially to vulnerable communities which are prone to disasters and calamities.

In 2019 alone, the Foundation was able to deploy a total of 11,370 units of five-gallon bottled water, providing relief to 56,850 individuals who were affected by residential fires, a drought, and earthquakes.