An international campaign organized by UN Water which
aims to encourage individuals and groups to take action
in ensuring that everyone has a safely managed toilet by 2030.

One of the core advocacies of Manila Water Foundation is proper sanitation for all, which aligns to the purpose of the World Toilet Day, an awareness day observed every November 19 that seeks to inspire action when tackling the global sanitation crisis—a topic often not talked about because of taboos.

Manila Water Foundation Executive Director Reginald Andal shared that WTD aims to raise an extensive awareness that will move to sustainable action since inadequate sanitation has an adverse effect to future generations and the environment. “Manila Water Foundation is advancing its core advocacy of WASH or Water Access, Sanitation and Hygiene. For the sanitation component, we focus our initiatives on eliminating open defecation especially in the marginalized communities who should have access to safely-managed toilets,” he said.

Held at the biggest high school in the Philippines in terms of student population, hundreds of parents and students gathered at Rizal High School in Pasig City to call for proper sanitation for all to kick off the celebration of 2019 World Toilet Day. In his partnership message, Hon. Vico Sotto, Mayor of Pasig City, expressed his appreciation for the initiative and urged his fellow Pasigueños to support the sanitation initiatives that would be beneficial not only to the city, but to the rest of the country. “This campaign is highly relevant today because this is not only for us, nor for Manila Water or the local government, but also for the sake of our city, country, environment, and health,” he said in Filipino. 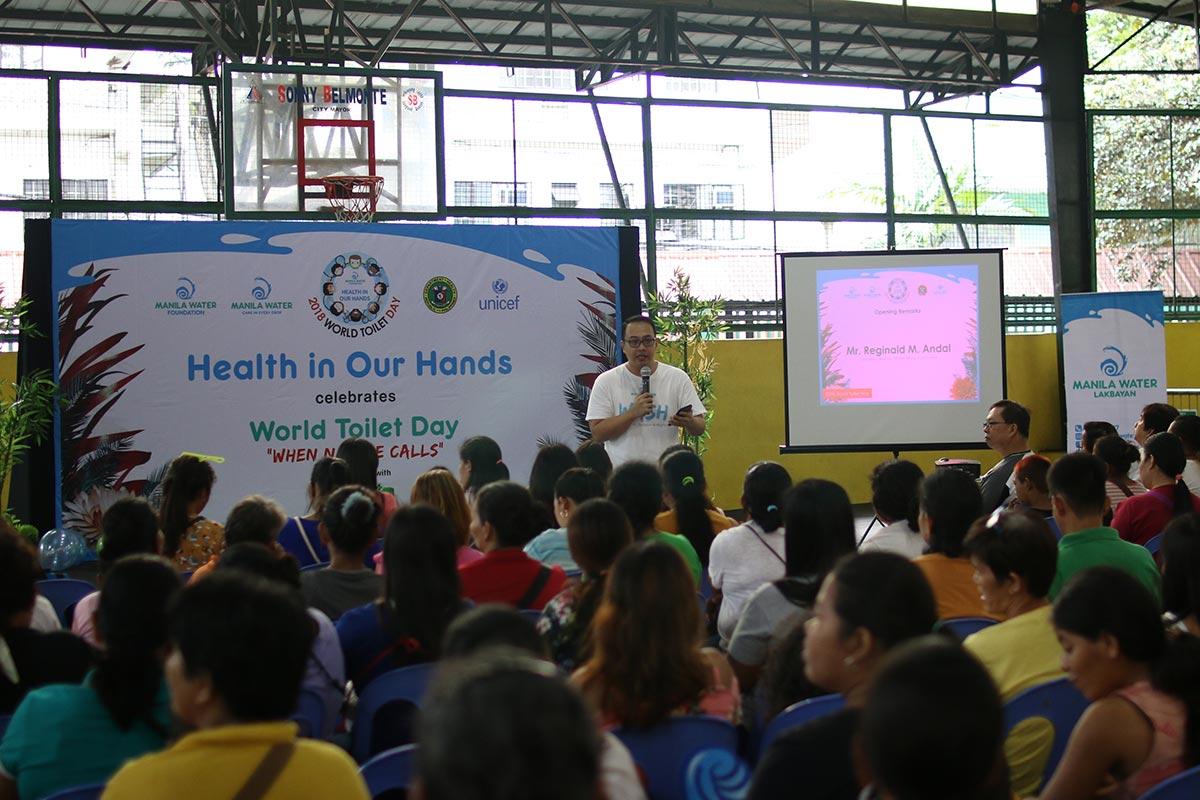 Manila Water Foundation celebrated the 2019 World Toilet Day (WTD) with the theme “Leaving No One Behind” in partnership with Manila Water Advocacy and Research Department, the Company’s core team in raising awareness about the importance of water, used water and the environment.

The strategic partners are institutions advocating the Zero Open Defecation:

Meanwhile, the celebration was also supported by private corporations who share the same advocacy of bringing proper sanitation for all: 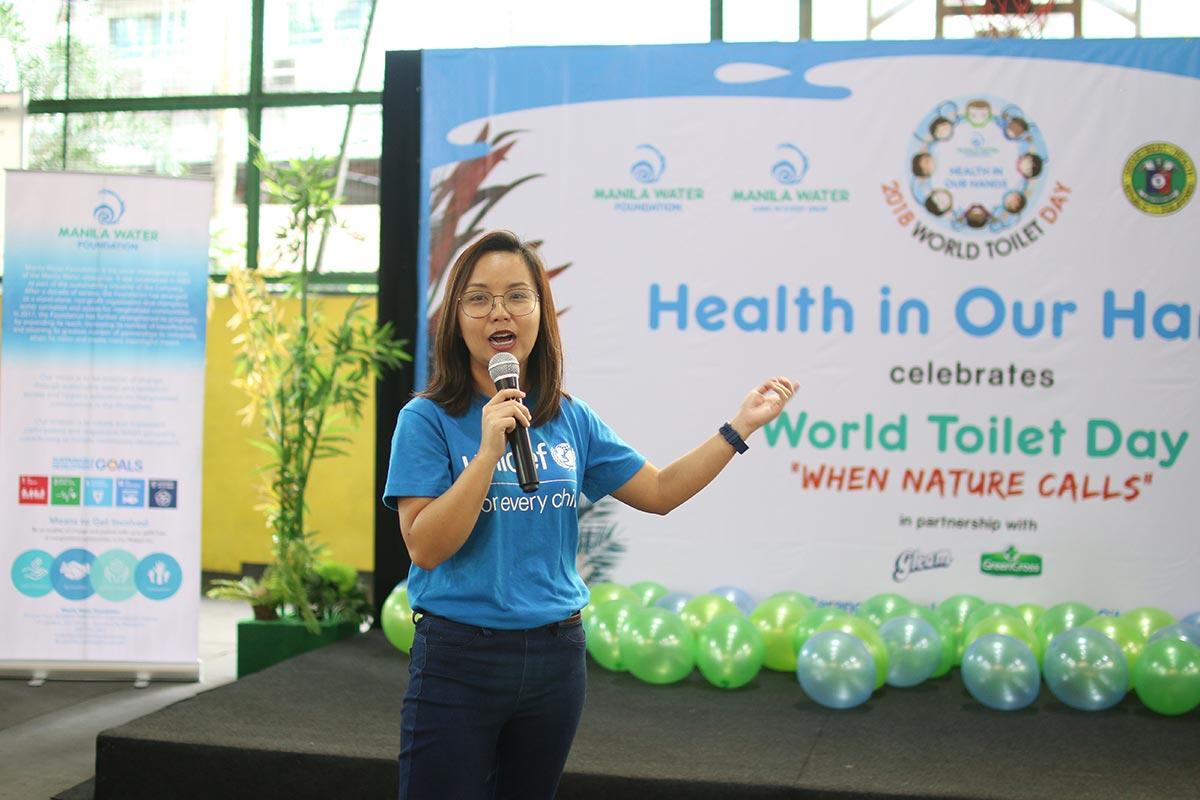 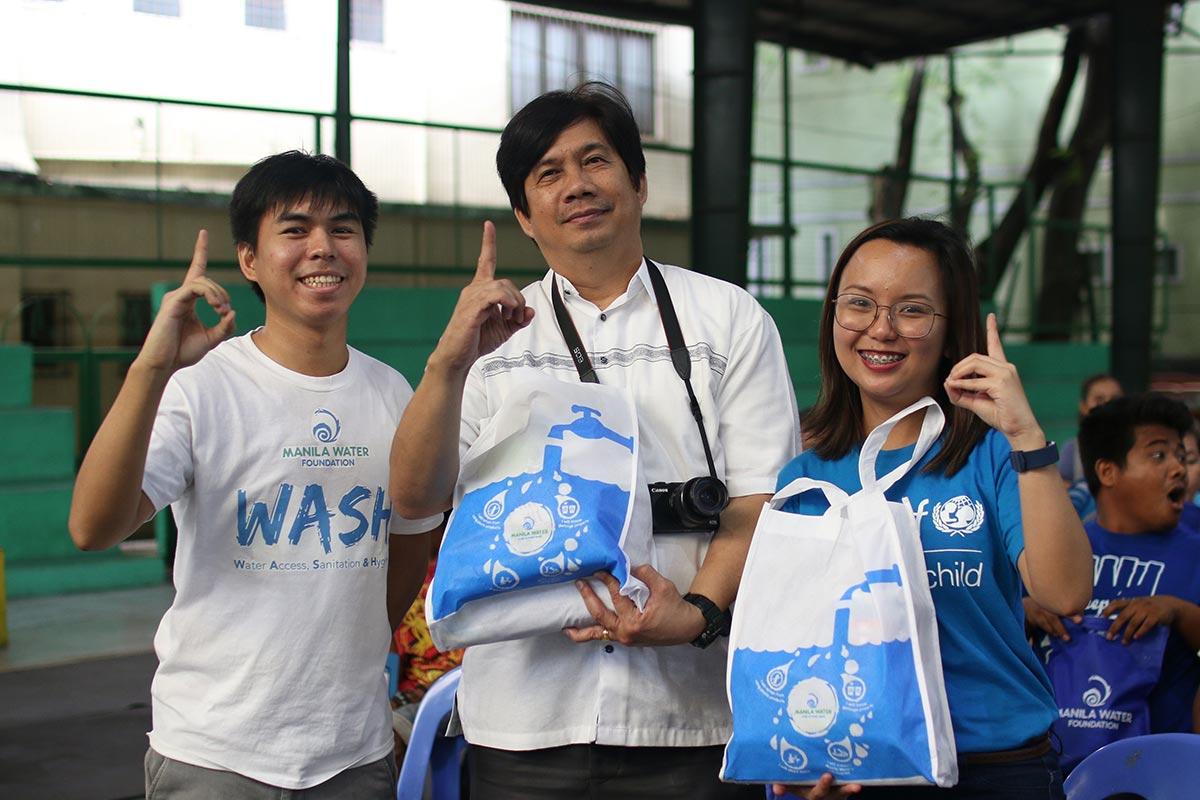 World Toilet Day was celebrated throughout the month of November. For its first leg in Pasig City, over 300 parents and students gathered at Rizal High School in Pasig City. During the event, partners from UNICEF Philippines, Department of Health and Manila Water’s Advocacy and Research Department shared about the current sanitation status in the Philippines, the risks of open defecation, and initiatives which are being done to address this. Its second leg at Sitio Monicayo in Mabalacat City, Pampanga was held in parallel with the sanitation phase launch of its Integrated WASH program with 150 attendees, which is one of the Foundation’s pilot WASH communities. The final leg of the World Toilet Day celebration was held at Barangay Malaban in Binan City, Laguna with 150 attendees with a turnover of a public toilet for a coastal community that could potentially benefit hundreds of residents in the community.