An international campaign that aims to raise awareness and
understanding on the importance of handwashing with
clean water and soap as a cost-effective way to
prevent communicable diseases.

Join us on October 15 for the celebration of the #GlobalHandwashingDay2020 !

With the theme, #HandHygieneforAll , Manila Water Foundation joins all WASH advocates from all across the globe to raise awareness on proper handwashing with clean water and soap especially at this of the #COVID19 pandemic!

Head on to Manila Water Foundation's Facebook page on October 15 at 2:00pm to watch and participate during the LIVE EVENT hosted by radio DJ, Gino Quillamor! Hear from handwashing champions, learn the proper steps to handwashing and join the online contest for a chance to win hygiene packages from CLEENE! Anyone can participate!

Watch last year's event highlights as we countdown to October 15!

In 2019, Manila Water Foundation’s Global Handwashing Day campaign revolved around the theme “Clean Hands for All,” emphasizing that proper hygiene is for everyone’s right and that no one should be left behind. This year’s celebration was held in an urban community with parents and students, and in two Indigenous Peoples’ (IPs) communities with the impact of its events more felt than ever.

Parents play an important role in continuing the practice of proper handwashing from school to home. That is why, the Foundation invited both parents and students from urban and underserved communities for its main GHD celebration at Mariano Marcos Memorial High School (MMMHS) on October 15.

Main highlights of the program include the turnover of the 10-faucet hygiene facility, hygiene kit distribution from hygiene partner PHILUSA Corporation, ceremonial handwashing and pledge with participants, and handwashing lecture. In the afternoon, a medical mission from FamilyDOC, and storytelling about proper hygiene from Adarna House were held. To emphasize the importance of proper handwashing before food preparation, a cooking demonstration led by MMMHS teachers was also conducted. Simultaneously, select student participants were challenged to create a compelling artwork related to the theme of the celebration, “Clean Hands for All,” during a poster-making contest. Three winners arrived as winners of the said contest.

During her speech, Manila City Vice Mayor Honey Lacuna expressed support to the campaign. As a medical doctor, she emphasized the links between proper handwashing to good health and encouraged her fellow Manileños to practice the habit rigorously. Meanwhile, television personality and 2019 GHD ambassador Robi Domingo talked about the benefits of washing our hands aside from not acquiring germs. He also shared an inspirational message and call to-action about proper handwashing.

For kick-off and closing events, Manila Water Foundation conducted the celebrations in Aeta communities to emphasize that everyone should be included in this campaign and that no one is left behind.

Manila Water Foundation extended its celebration of GHD to its partner communities. On October 4, a kick-off event was held at Sitio Monicayo, an Aeta community in Mabalacat, where the community participated in the ceremonial handwashing, storytelling activity from Adarna House, hygiene kit distribution from Cleene, and medical mission with the Rural Health Unit - Region III of the Department of Health. 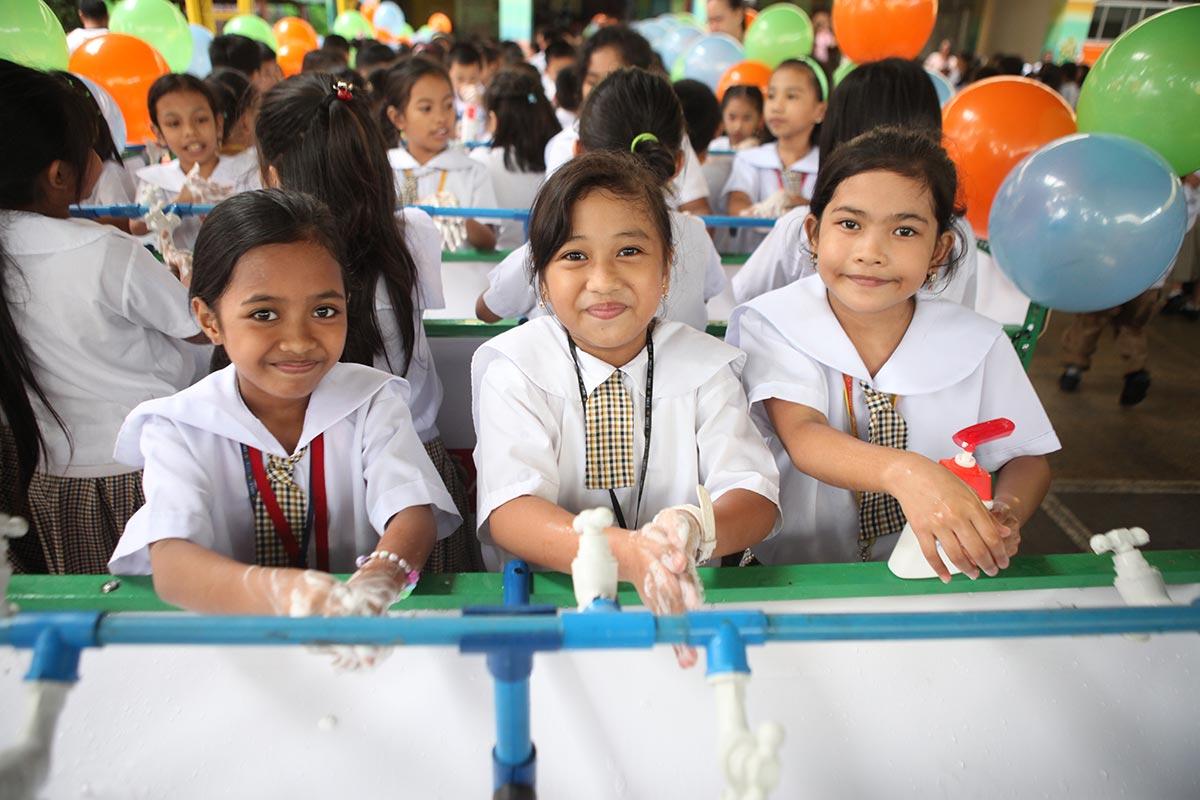 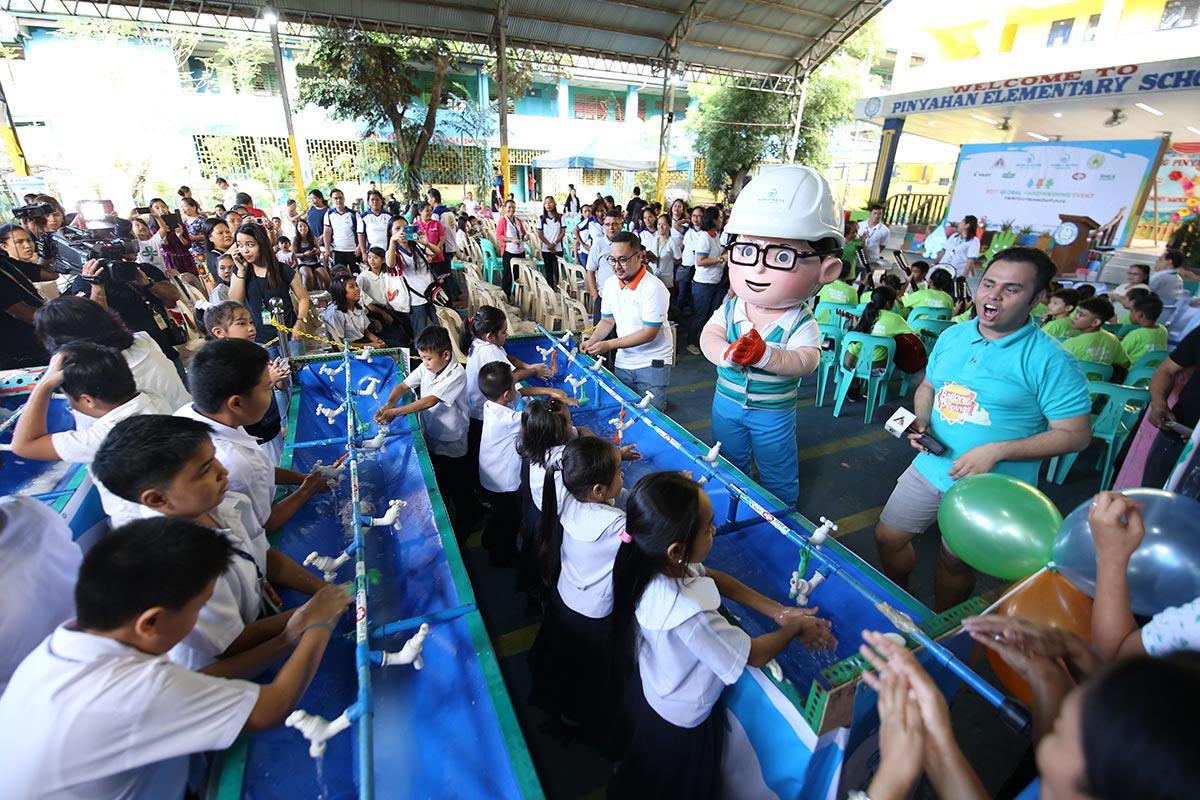 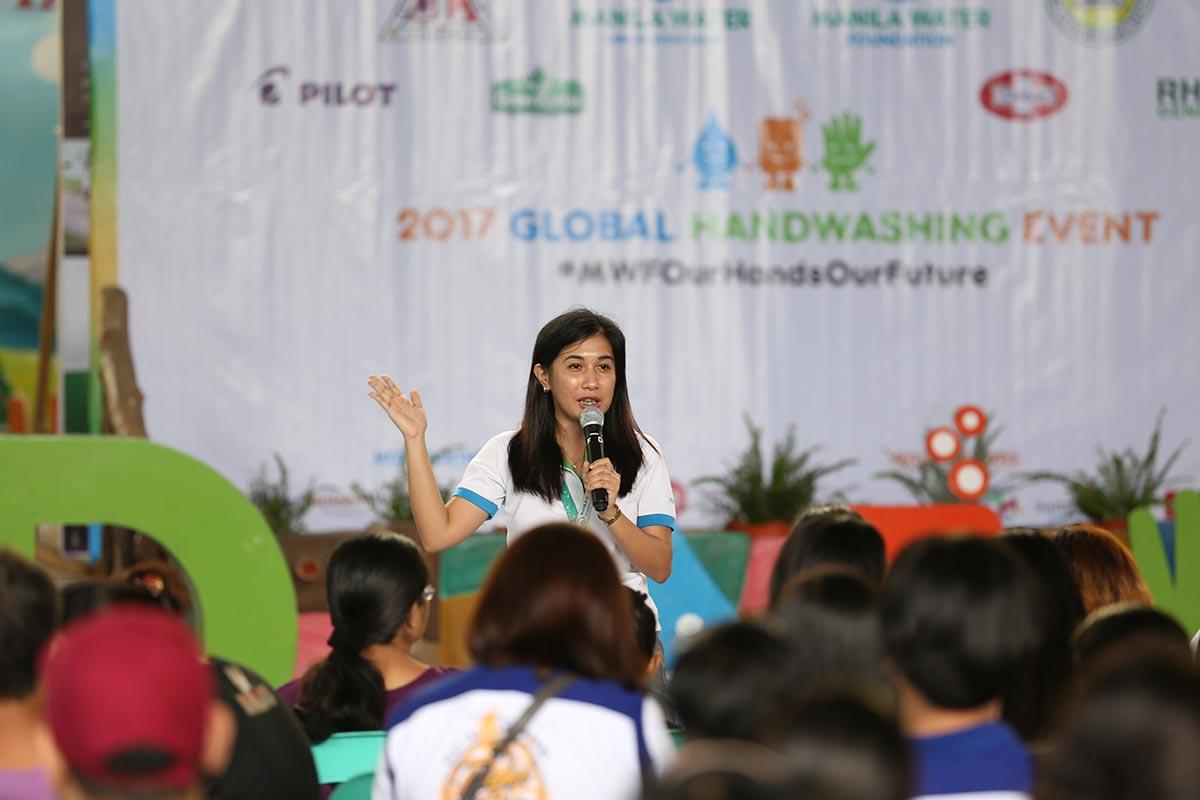 Catering to different age groups of children and adults, the Foundation celebrated GHD in various institutions to expand its reach. Credible health and commercial institutions, government agencies and non-government organizations were tapped as strategic partners.

By maximizing its traditional and new media platforms, MWF was able to promote its core advocacy program of proper handwashing. It engaged with the media through press releases and guestings, marketed through infomercials in cinemas, and utilized digital and traditional bulletin boards along major highways, as well as posters and other IEC (information, education and communication) materials. The onsite celebration was shown also live on a morning show on People’s Television (PTV), and was also featured on ABS-CBN network’s health magazine show, Salamat Dok. 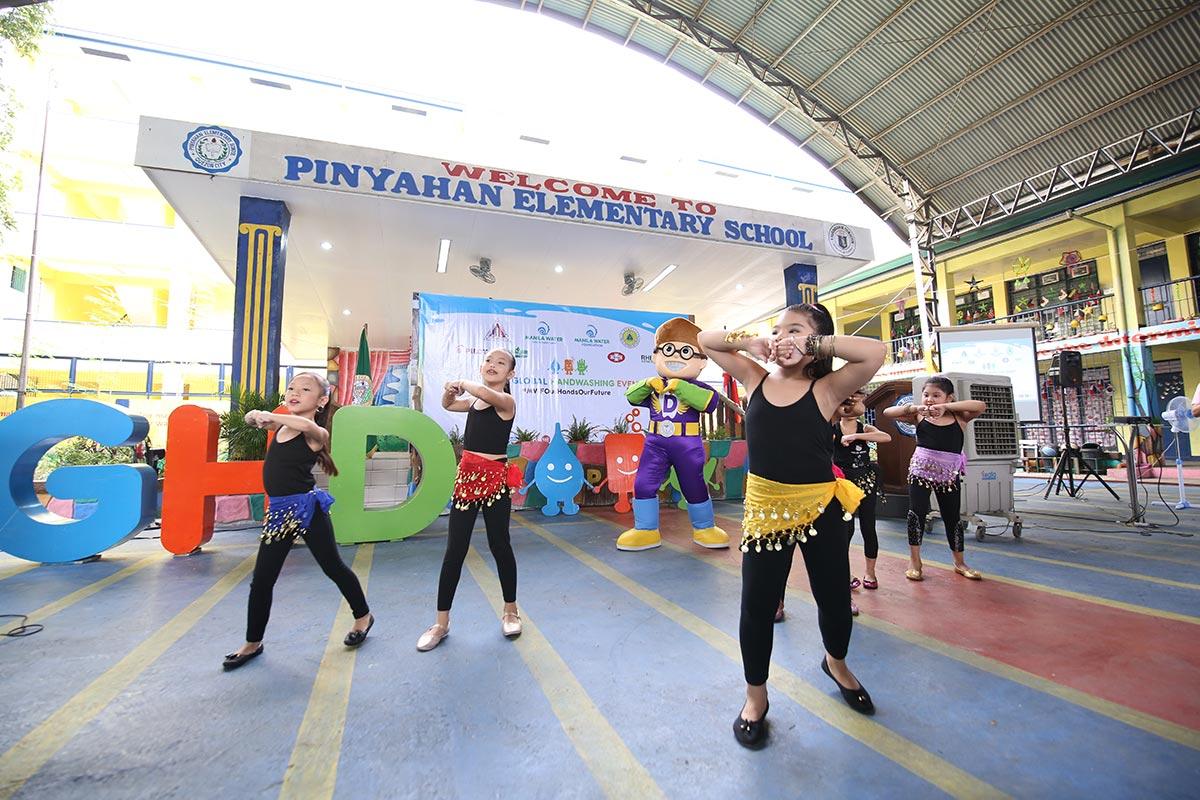 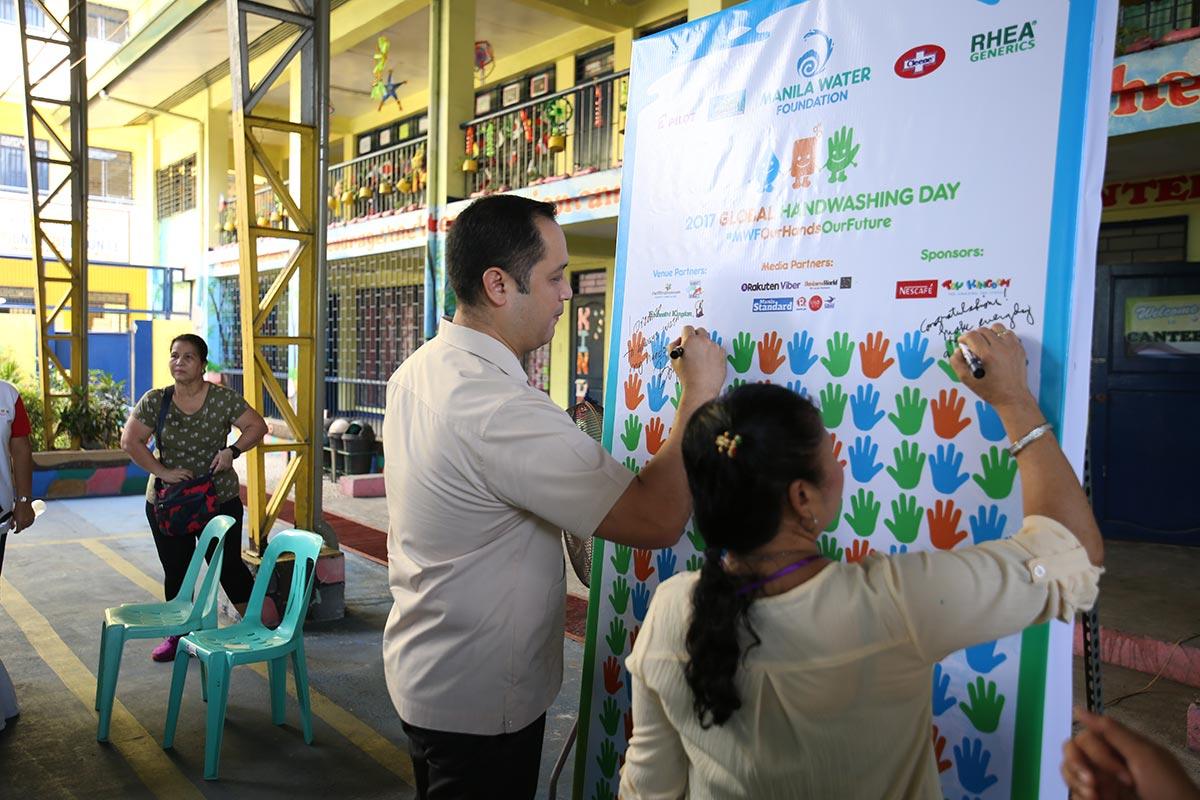 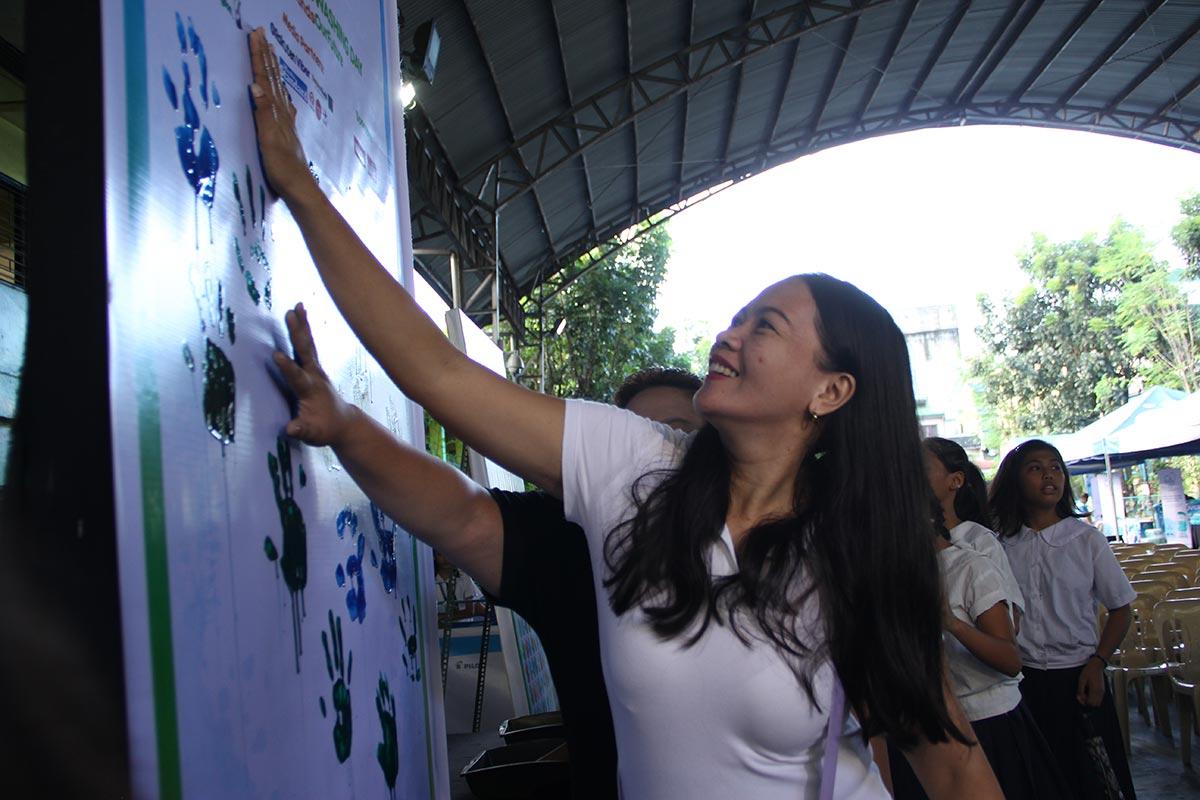 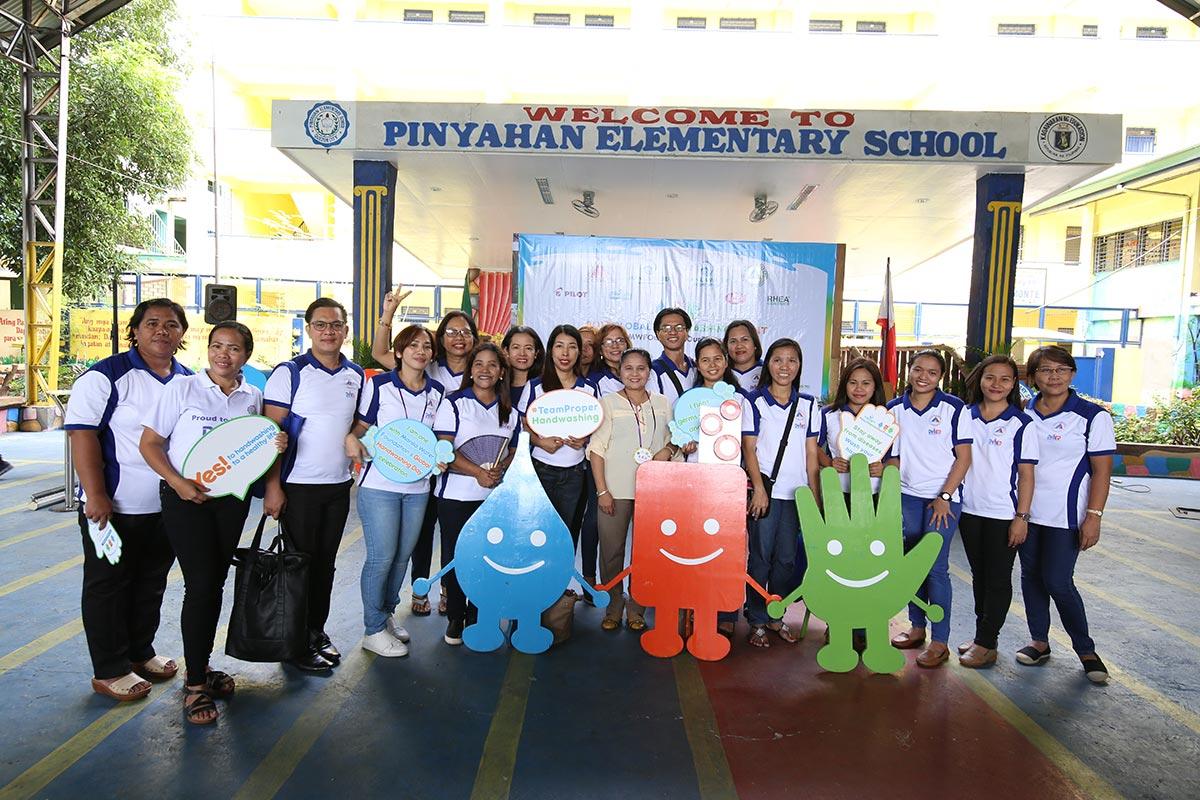