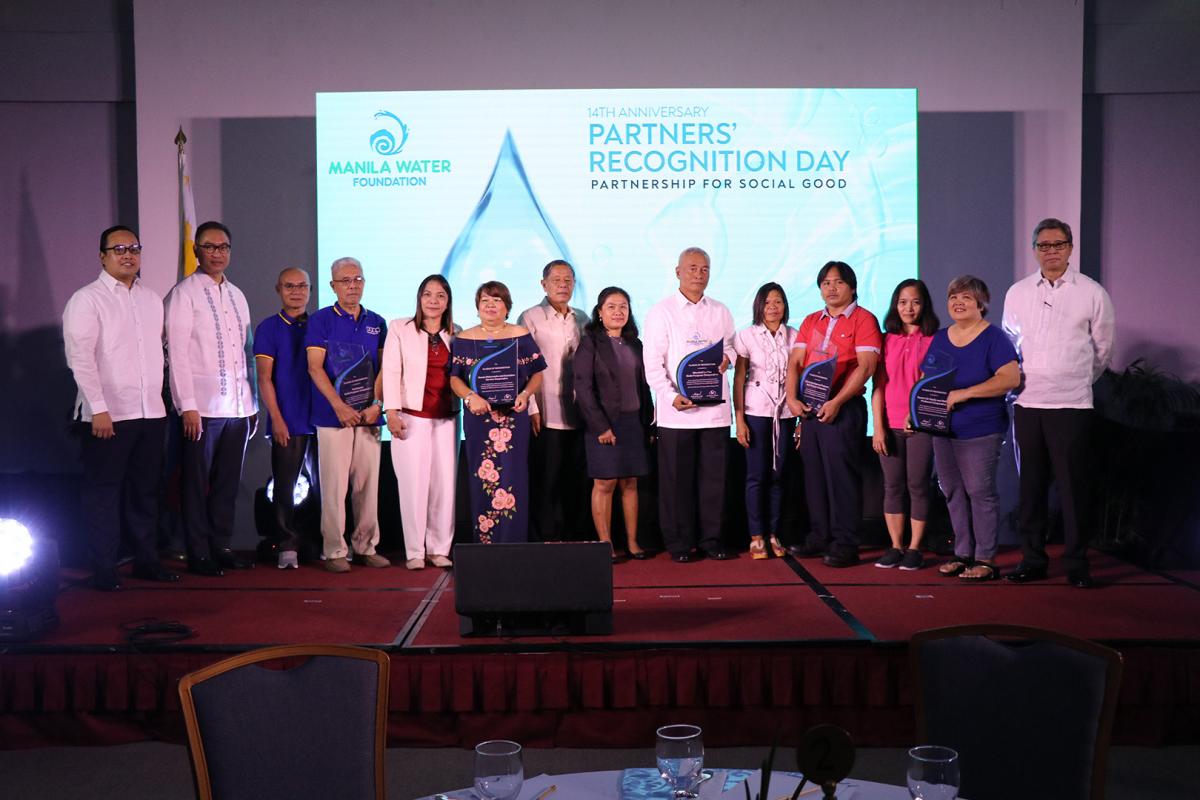 In his opening message, MWF President Geodino Carpio recognized MWF’s partners as important contributors to achieving the Foundation’s vision of WASH (water access, sanitation and hygiene) for all communities. “On our 14th year, we have clearly defined our vision—and that is WASH,” he said. “One of the basic premises of being good is helping without any personal gain. I am happy to realize that you are the good people—our partners. You have been good to us, and we have been doing good in helping other people to gain access to water, sanitation, and hygiene," he added. 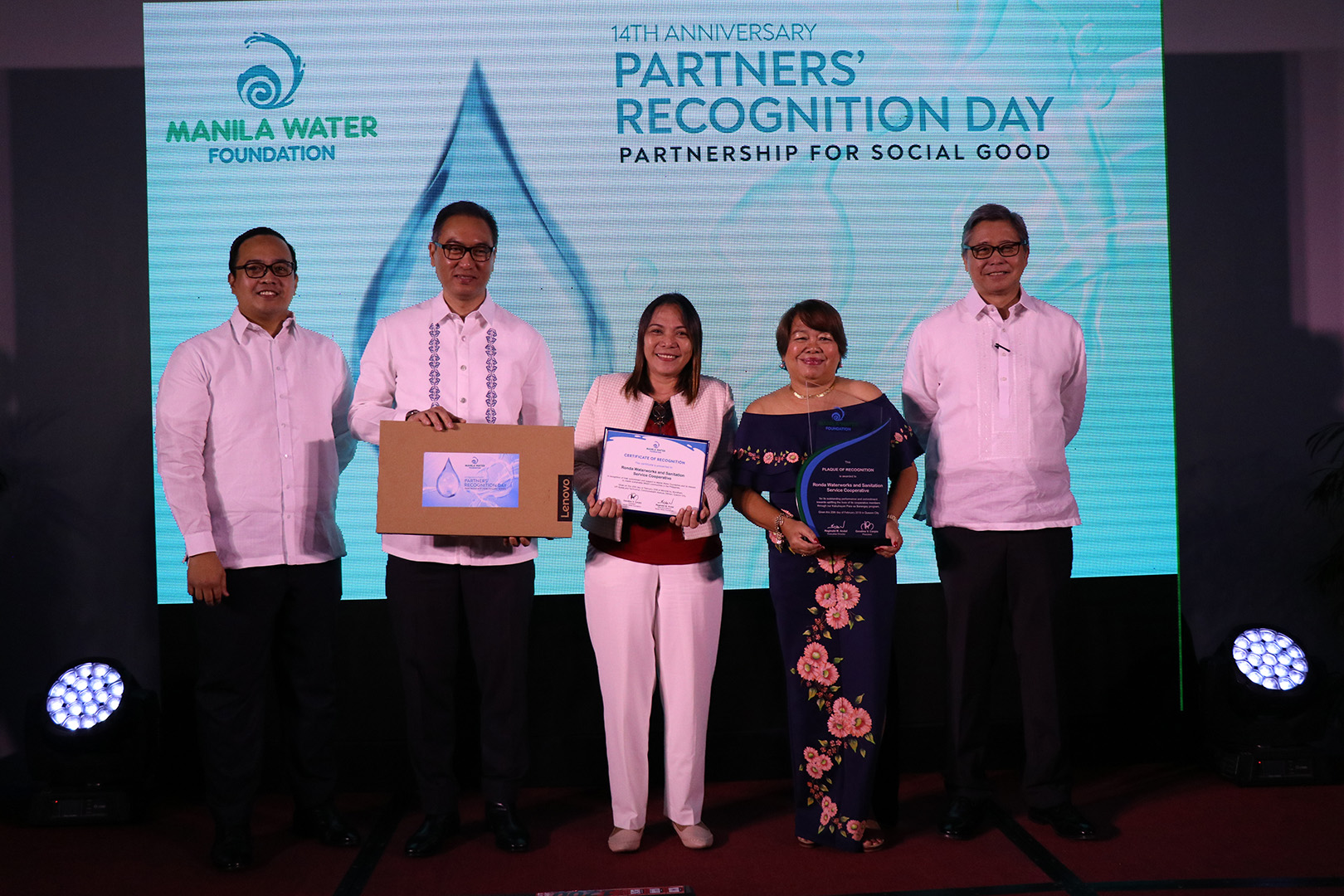 Recipients of the Kabuhayan Para sa Barangay (KPSB) Cooperative Awards each received a plaque, a certificate, and a laptop in recognition of their achievements. 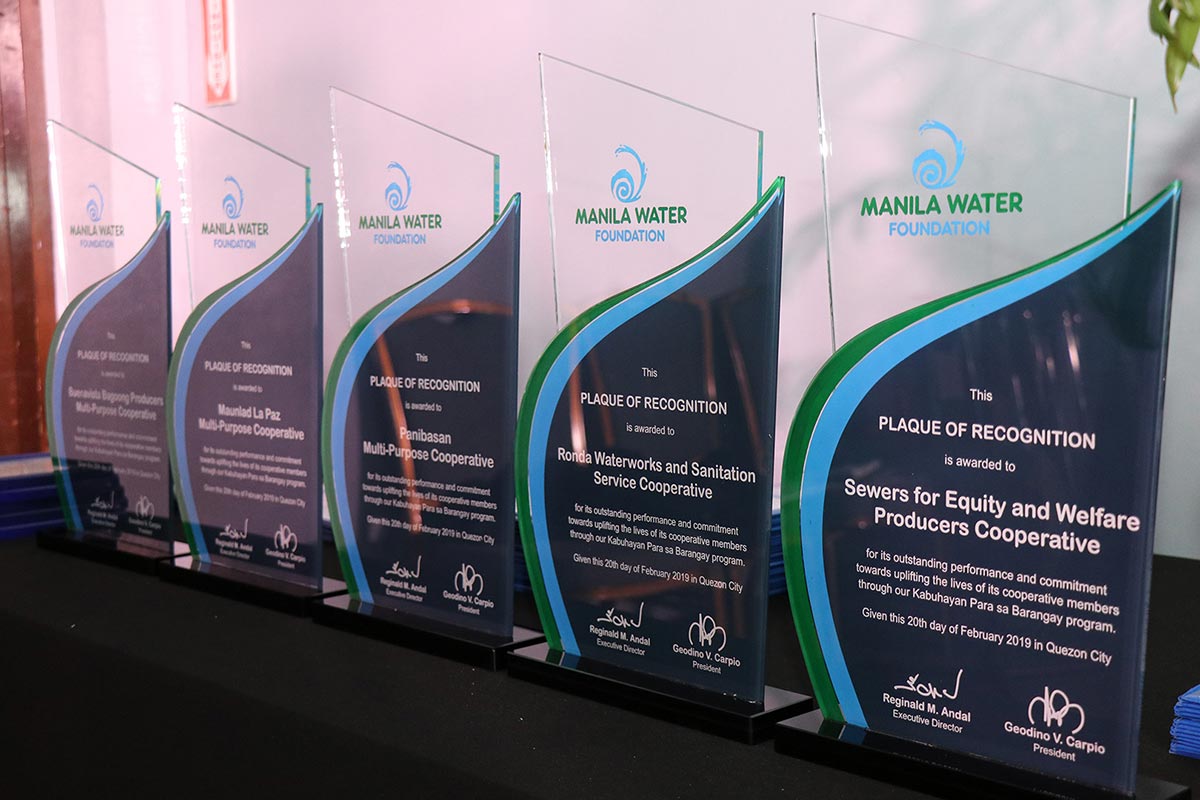 The highlight of the event was the awarding of cooperatives who were outstanding partners of Kabuhayan Para sa Barangay (KPSB). It is the MWF’s community assistance and livelihood program which covered 523 cooperatives nationwide in 5 years with 52.3 million worth of non-interest bearing loans. The recognition of cooperatives is a celebration of their potential to be more successful now that MWF is taking a back seat on this program to focus on its core advocacy of WASH. The five awardee cooperatives received a plaque, a certificate as well as a laptop which aims to aid their group in achieving their goals. 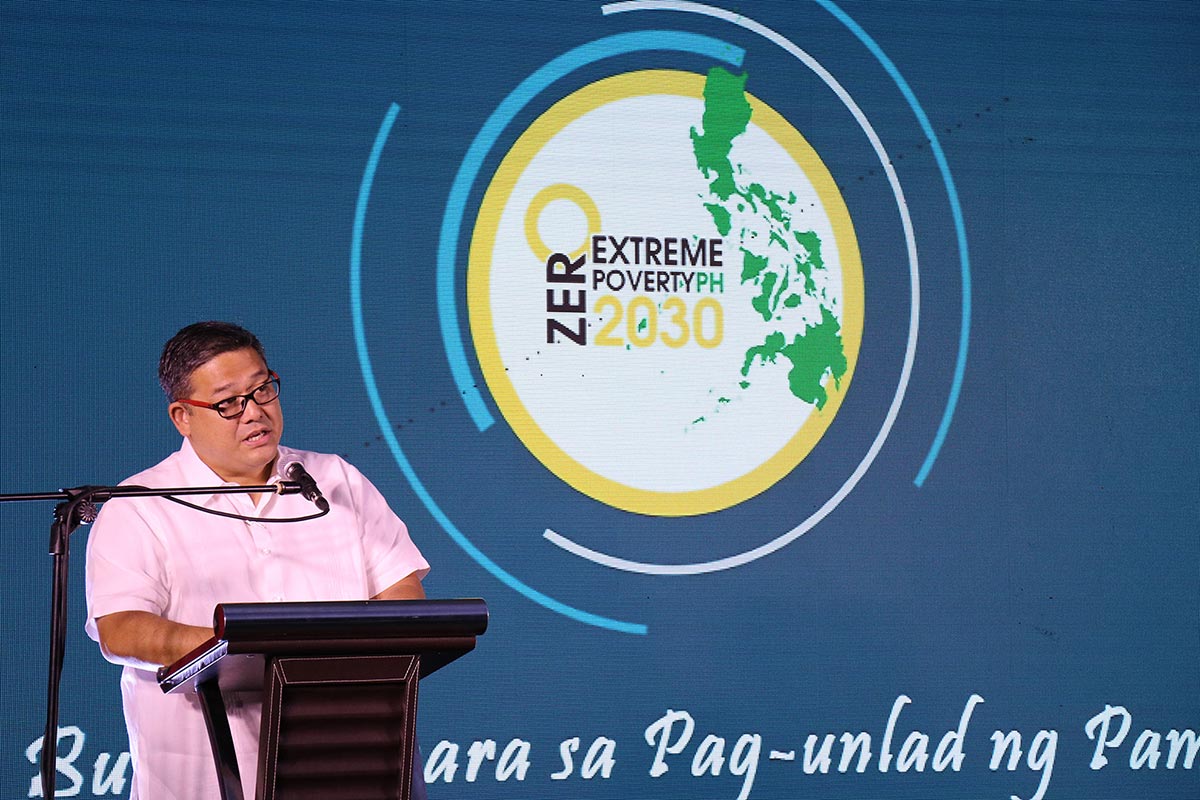 Meanwhile, Mr. Reynaldo Antonio Laguda from Zero Extreme Poverty 2030, emphasized the importance of partnerships in the propagation of social good. “The success of Manila Water Foundation cannot be celebrated today without celebrating partnerships,” he said in his speech. “When we look at solutions, they need to be more than just big, hairy, and audacious goals. Solutions require the involvement and engagement of many partners and stakeholders,” he added. 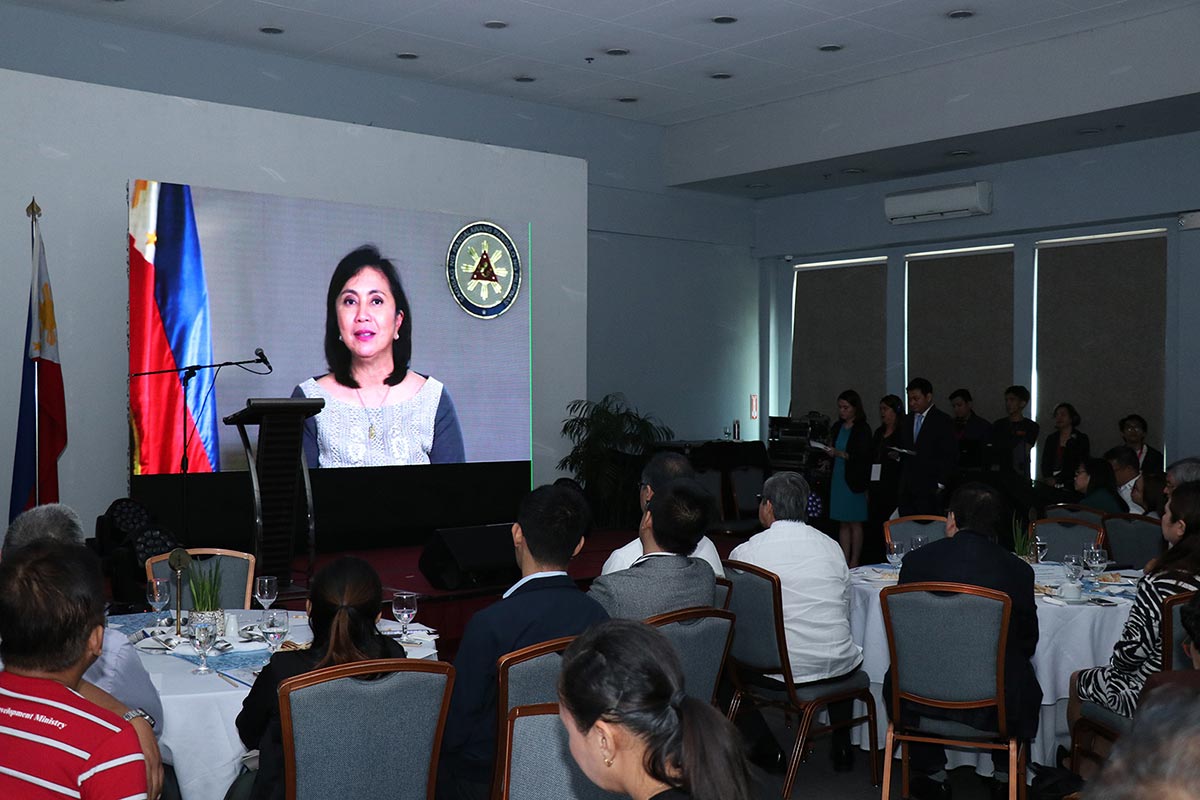 Vice President Leni Robredo delivered an appreciation message for MWF. The Office of the Vice President (OVP) and MWF have partnered together through its networks for disaster response initiatives, deploying potable water during the Mt. Mayon eruption, Typhoons Josie and Karding, and more.

One of MWF’s staunch partners is the Office of the Vice President (OVP) through its Angat Buhay Program. In a video message, Vice President Leni Robredo extended her congratulations to the team for its 14th anniversary. “14 years is not only a testament to your unity, but is also proof of the lives that have been improved because of hard work and commitment.” Since 2017, MWF has been collaborating with the OVP in the transportation of bottled drinking water for Agapay Tubig, MWF’s disaster response program that distributes bottled drinking water and deploys water tankers to affected families.

At the end of the program, MWF Executive Director Reginald Andal expressed his heartfelt gratitude to MWF’s dedicated partners and called for unity in partnership. “We are all here with a greater purpose and for the good of others.” he said in his closing message. “Let us all stand strong in our shared principles and core conviction,” he added.

More than 60 partner organizations graced the event. As it celebrates more milestones in the years to come, MWF hopes to continue its collaborations with its partners in order to bring WASH to more marginalized communities in the country.