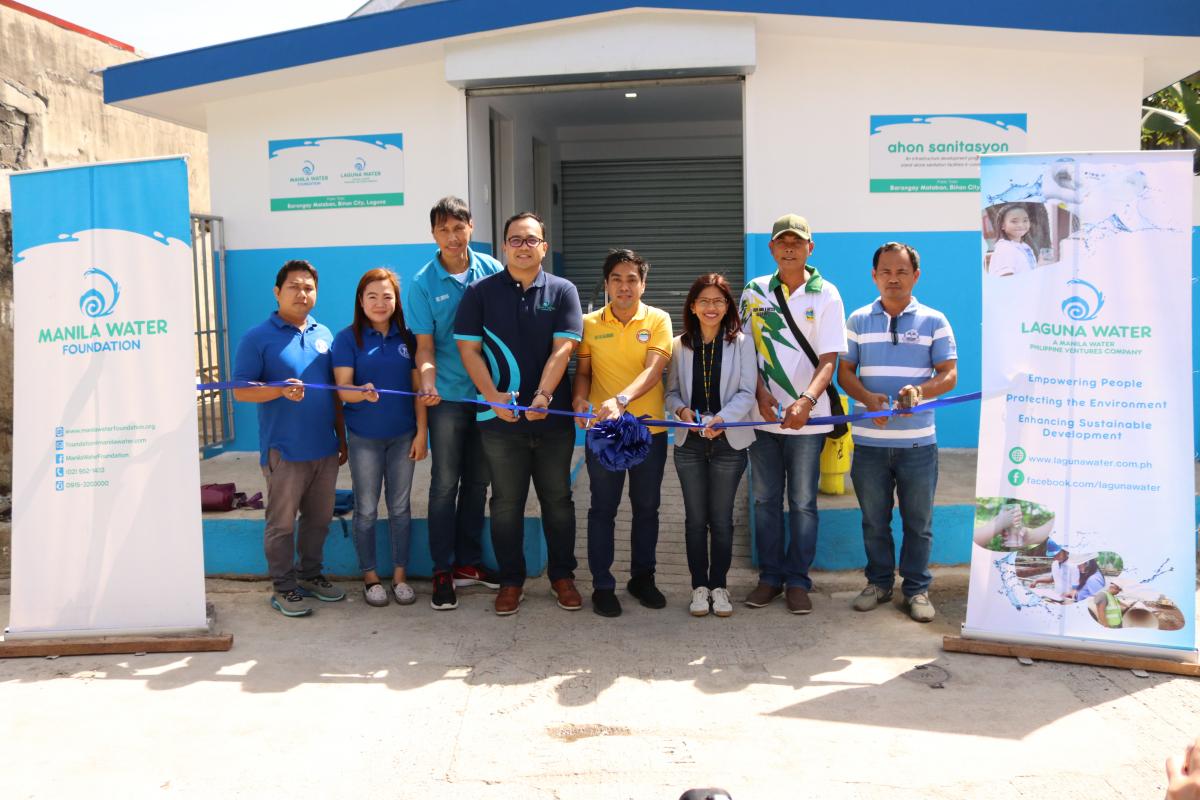 On November 19, the world celebrated World Toilet Day, but the call for proper sanitation does not stop there.

Closing its monthlong celebration of World Toilet Day, Manila Water Foundation, Inc., in partnership with Laguna Water, recently gathered over 150 community members at Malaban Elementary School and turned over a three-cubicle public toilet at Barangay Malaban in Biñan City, Laguna, aiming to promote proper sewage management and sanitation practices for its nearby communities. The event promoted the importance of safely managed sanitation in the country, especially for marginalized sectors. 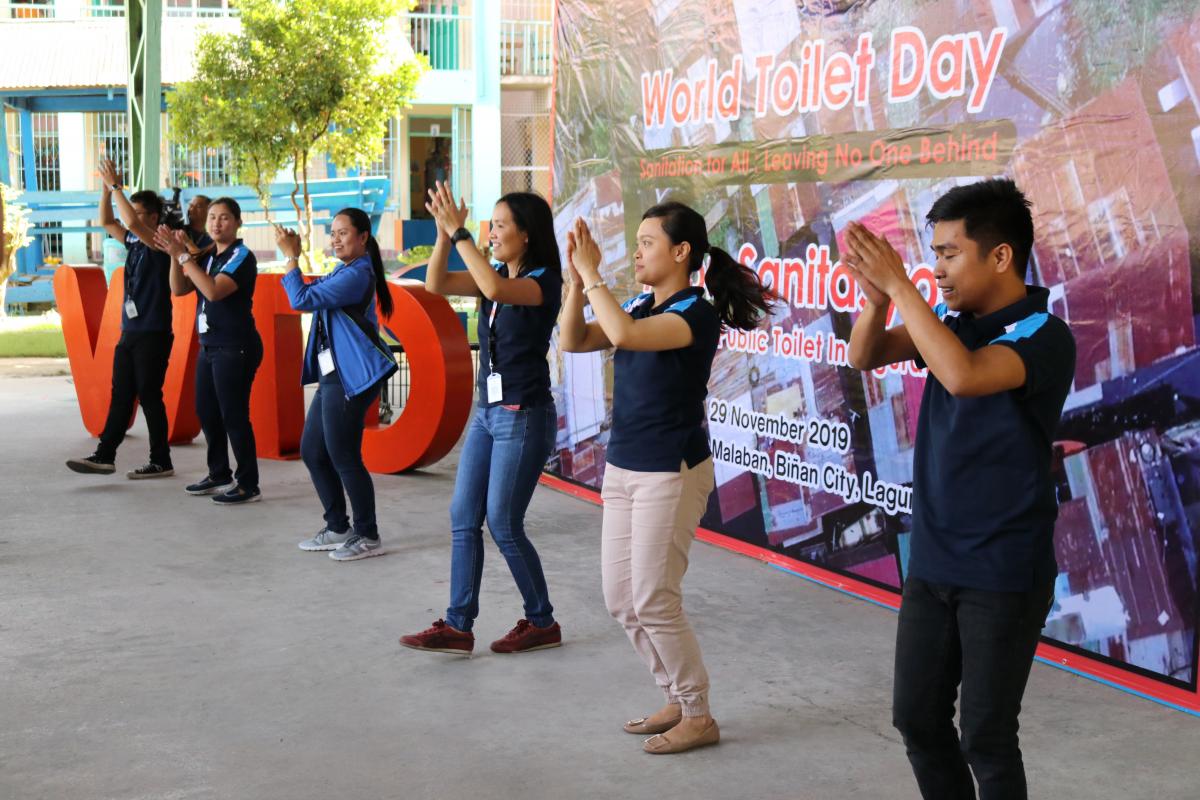 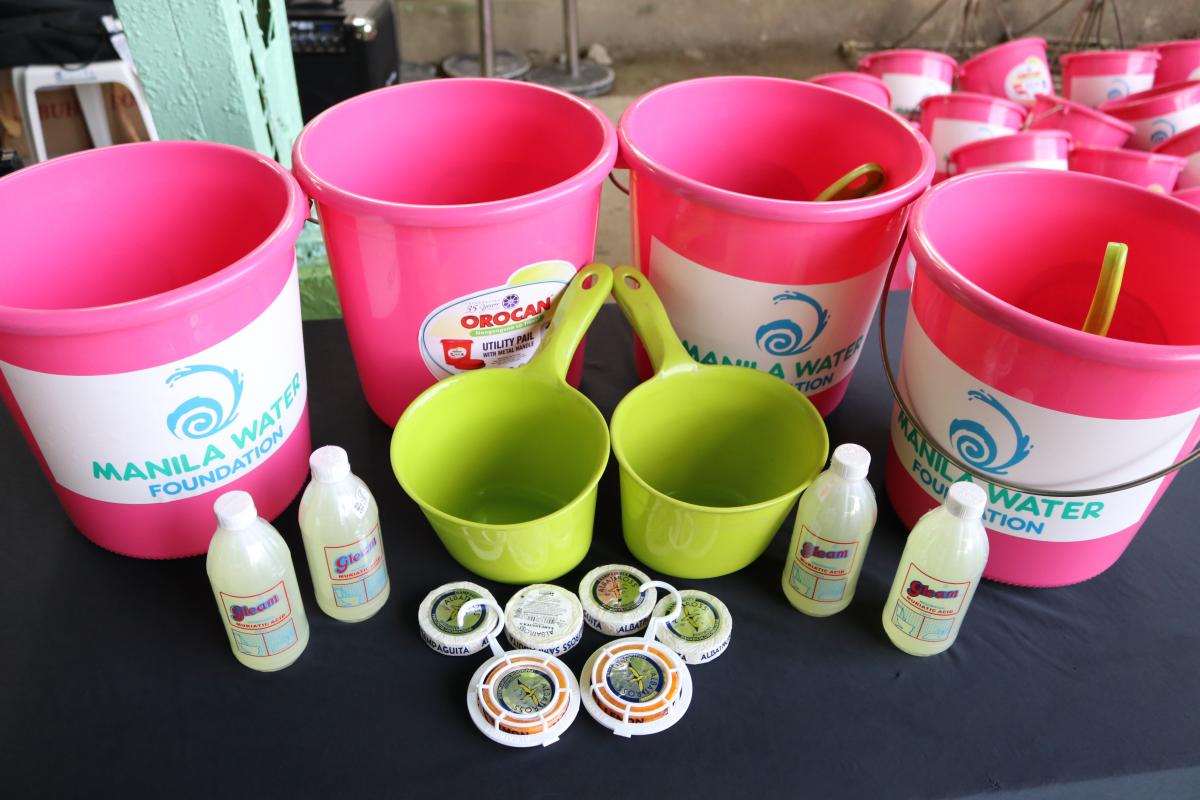 Highlights of the event involved the TSEK ng Bayan lecture, a talk on the sewage treatment process and its importance to our health and environment, led by Laguna Water, and distribution of sanitation kits from corporate partners, including Gleam and Albatross products from Philusa Corporation, Orocan pails and dippers, consultation vouchers from FamilyDOC, drinking water from Health Family, and medicine from Generika Drugstore.

According to UNICEF, as of 2015, six percent of Filipinos still do not have access to proper sanitary toilets. With this in mind, organizations across the globe join together to observe the World Toilet Day every November 19, initiating a discourse on the global sanitation crisis.

One of the core advocacies of Manila Water Foundation is proper sanitation for all, which aligns to the purpose of the World Toilet Day. “Manila Water Foundation is advancing its core advocacy of WASH or Water Access, Sanitation and Hygiene. For the sanitation component, we focus our initiatives on eliminating open defecation especially in the marginalized communities who should have access to safely-managed toilets,” said Reginald Andal, MWF Executive Director. “We want to raise an extensive awareness and move to sustainable action through the World Toilet Day as improper sanitation will have an adverse effect to us, our future generations and the environment,” he added. 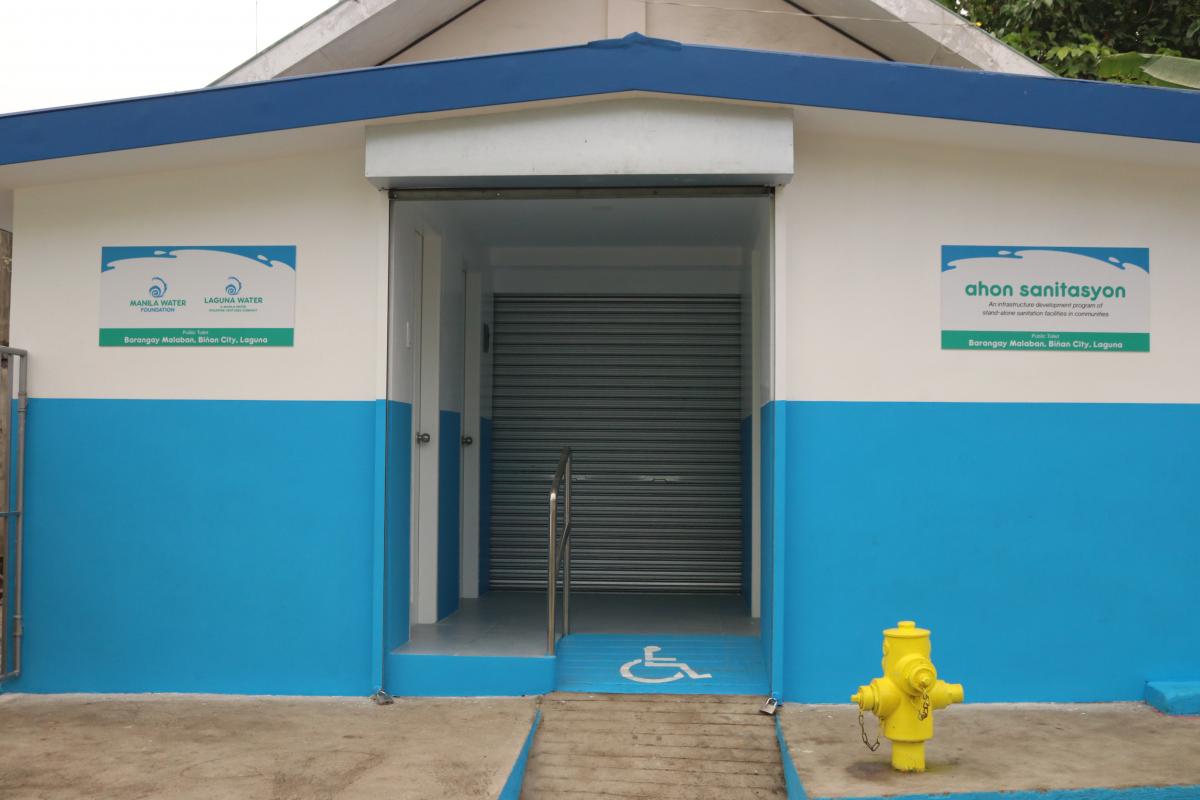 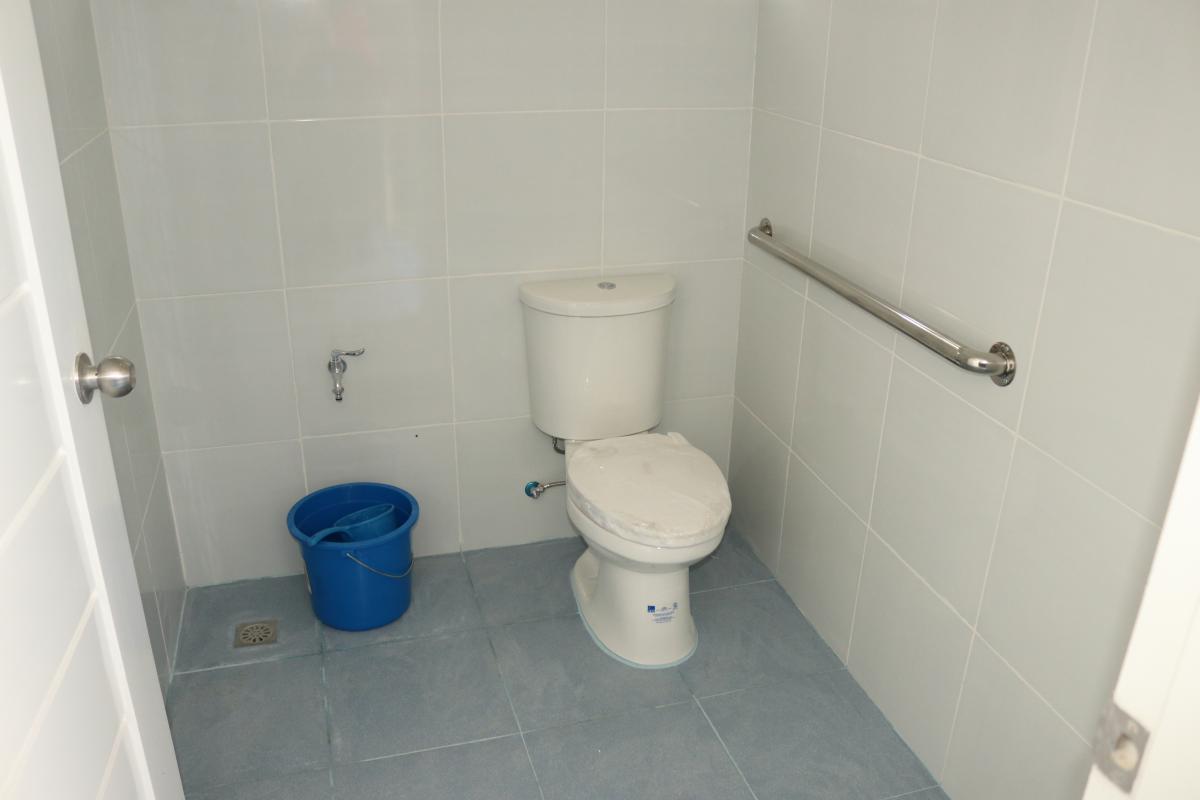 Beyond the celebration of World Toilet Day

After the event, community members also visited Laguna Technopark Inc. - Sewage and Septage Treatment Plant (LTI SSTP), operated and maintained by Laguna Water. Laguna Water is the first company to utilize Organica’s Food Chain Reactor (FCR) technology in the Philippines, which is a beautiful, odor-free, botanical-garden used water treatment plant that employs more than 3,000 species of aerobic bacteria that thrive on plant roots and engineered patented biofiber media. In 2018, Laguna Water also officially launched its desludging services. Through this service, the company’s desludging truck periodically siphons 2/3 of its customers’ septic tank. The collected waste, known as septage, will be treated at the company-managed Sewage and Septage Treatment Plant in LTI. 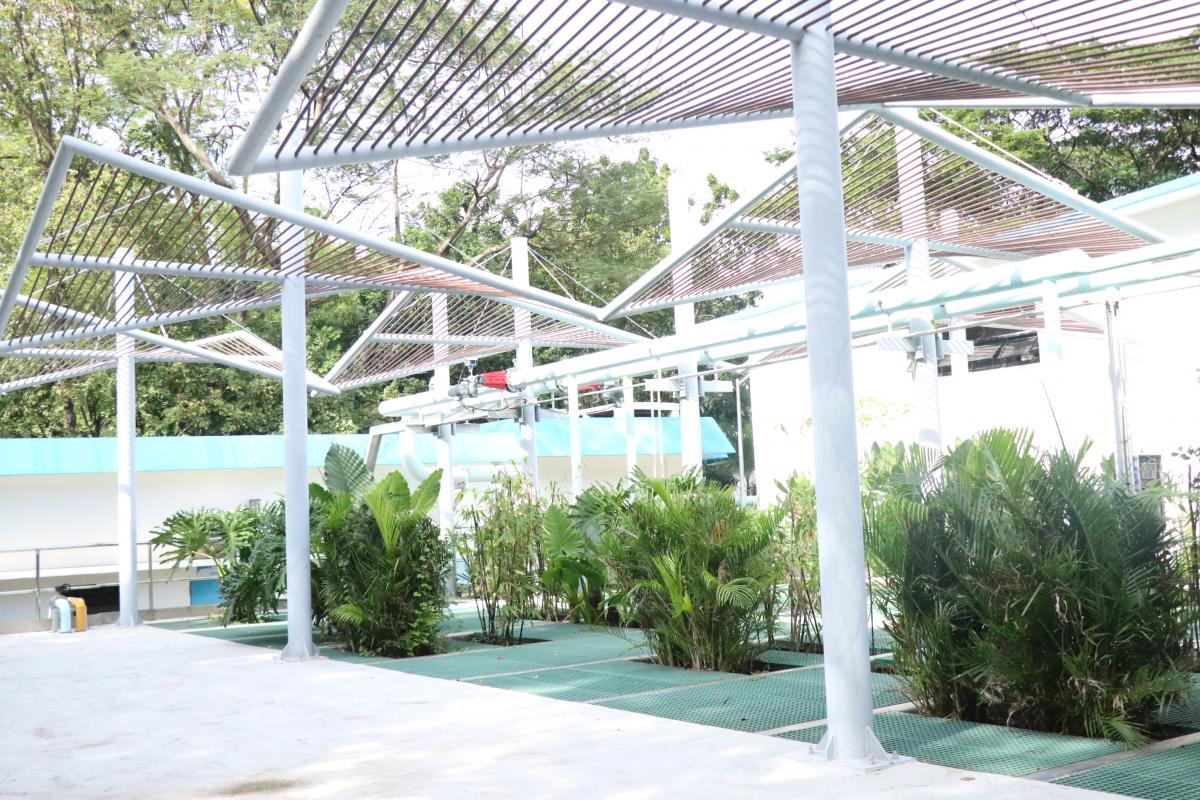 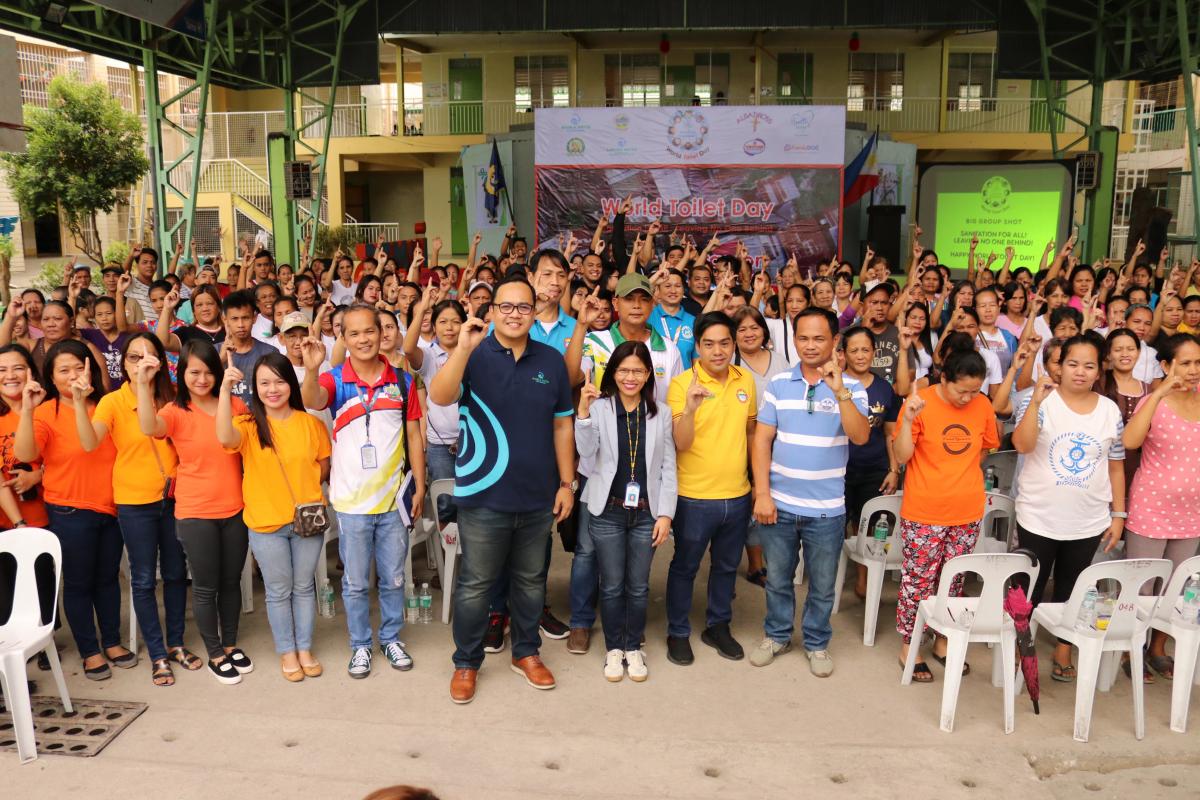