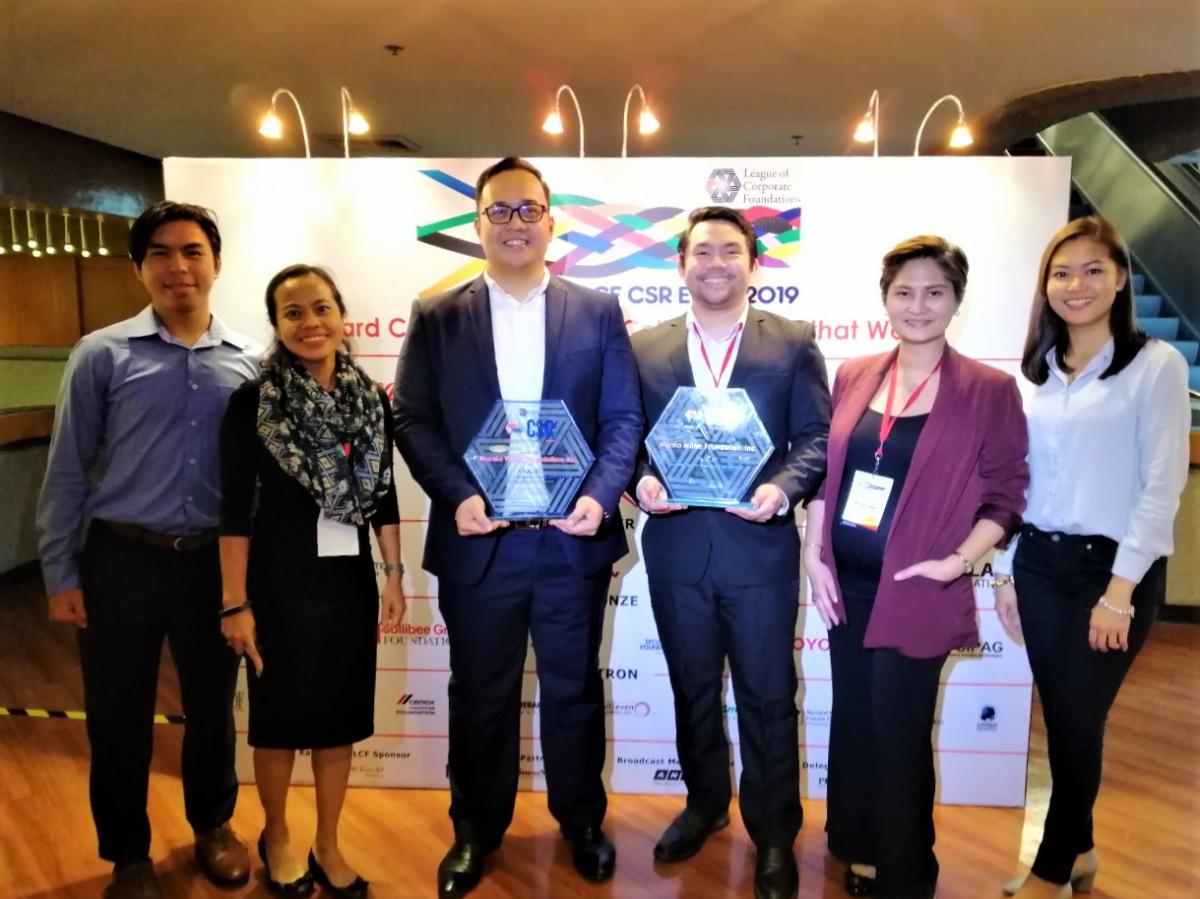 MWF submitted the two entries for this recognition program which is a seal of excellence in corporate citizenship for social good initiatives with meaningful and sustainable impact to the communities and institutions they serve. With a membership of ninety-three (93) corporate foundations and corporations, the LCF Guild Awards recognized the outstanding corporate social responsibility projects under six categories – program themes of arts & culture, education, enterprise development, environment, health and collaboration project. 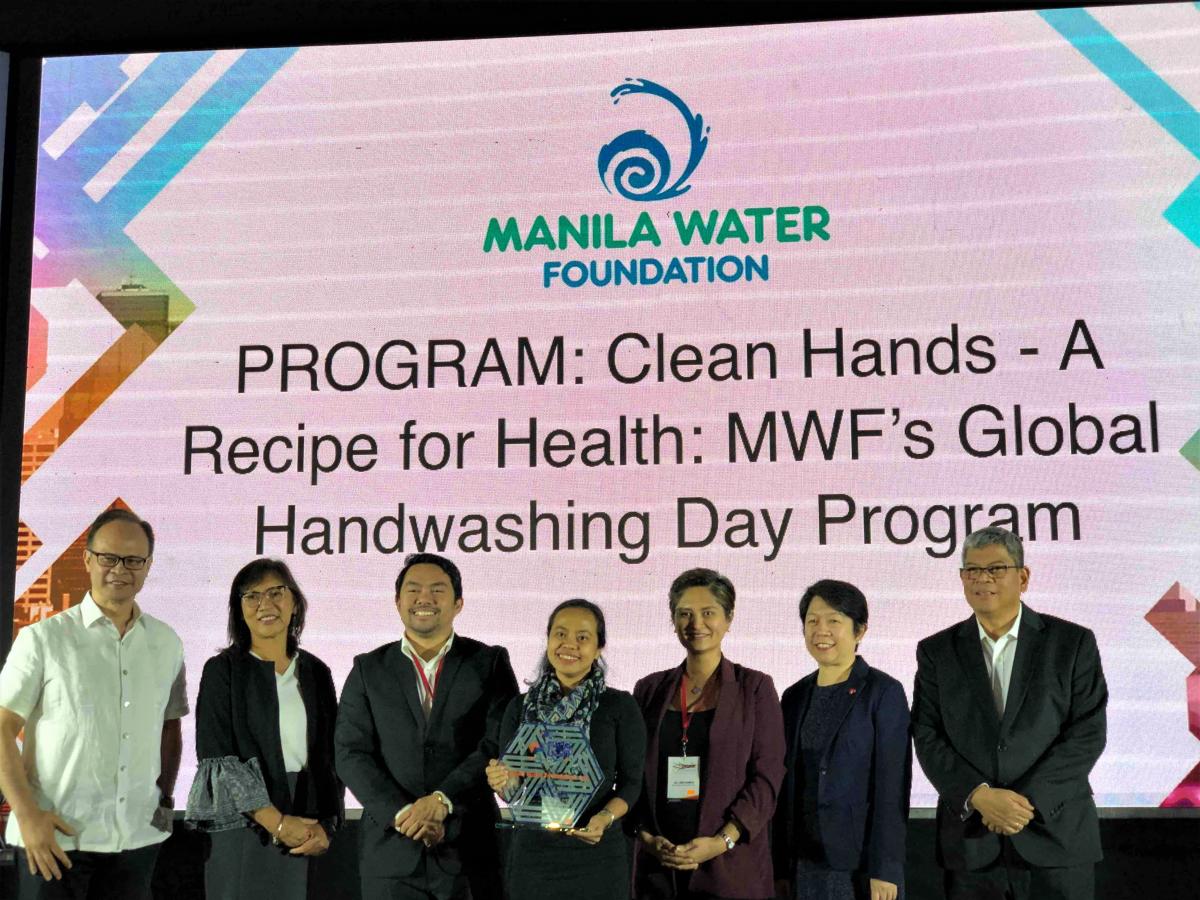 Global Handwashing Day (GHD) is a worldwide advocacy day dedicated to promoting proper handwashing which was initiated by the United Nations Global Handwashing Partnership. Its primary purpose is to address high child mortality caused by illnesses such as diarrhea, which can be prevented through proper handwashing.
MWF highlights proper handwashing with clean water and soap in its hygiene education campaigns under its Health in Our Hands program. MWF has been spearheading GHD through a month-long and nationwide celebration since 2013. Annually in October, MWF reaches out to schools, communities and commercial establishments in key locations in the country to rally them in advocating proper handwashing.
In 2018, the celebration of GHD focused on the theme “Clean Hands—A Recipe for Health,” which portrayed the connections between proper handwashing and good nutrition, thus linking food hygiene and human nutrition to achieve holistic well-being. The campaign has reached more than 4.6 million individuals through various communication tools in the form of advertisements; as well as direct engagements during activities and events. The Foundation’s partners for the most recent GHD celebration was the National Nutrition Council (NNC), Nutrition Center of the Philippines (NCP), and the Philippine Association of Nutrition (PAN).

Boracay Island is a world-famous tourist destination of the Philippines. But over the years, the island’s severe sanitation problems led to its government-mandated 6-month closure that began on April 26, 2018.

To help rehabilitate the island, Manila Water Foundation (MWF) in partnership with Globe Telecom and Boracay Island Water Co. launched Amot Amot sa Malimpyong Boracay (Working Together Towards a Clean Boracay), a long-term sustainable program that targeted 4,000 Boracay households whose waste water pollute the island’s bodies of water. The program included Vigormin distribution tied-up with an awareness campaign that reached 20,800 residents from Barangays Manocmanoc, Yapak and Balabag in Boracay Island. Each household received two packs of Vigormin which was enough to treat their wastewater in their septic tanks effectively before being discharged to the ocean. Since these residents were not connected to the sewer network and their septic tanks were bottomless—which means their domestic waste water directly pollute the ocean-- using Vigormin to treat their wastewater was the next best thing to positively avert the sanitation problem caused by 4,000 households in the island.

To help augment the sanitation problems in the Island, the program also built a communal septic tank (CST) which serve 75 residents in Sitio Ilaya, Brgy. Balabag. The cost of the CST was funded by Globe Telecom. Technical assistance and construction was conducted by Boracay Water and Manila Water Foundation, including an information drive and awareness campaign among the residents on the importance of having a communal septic tank.