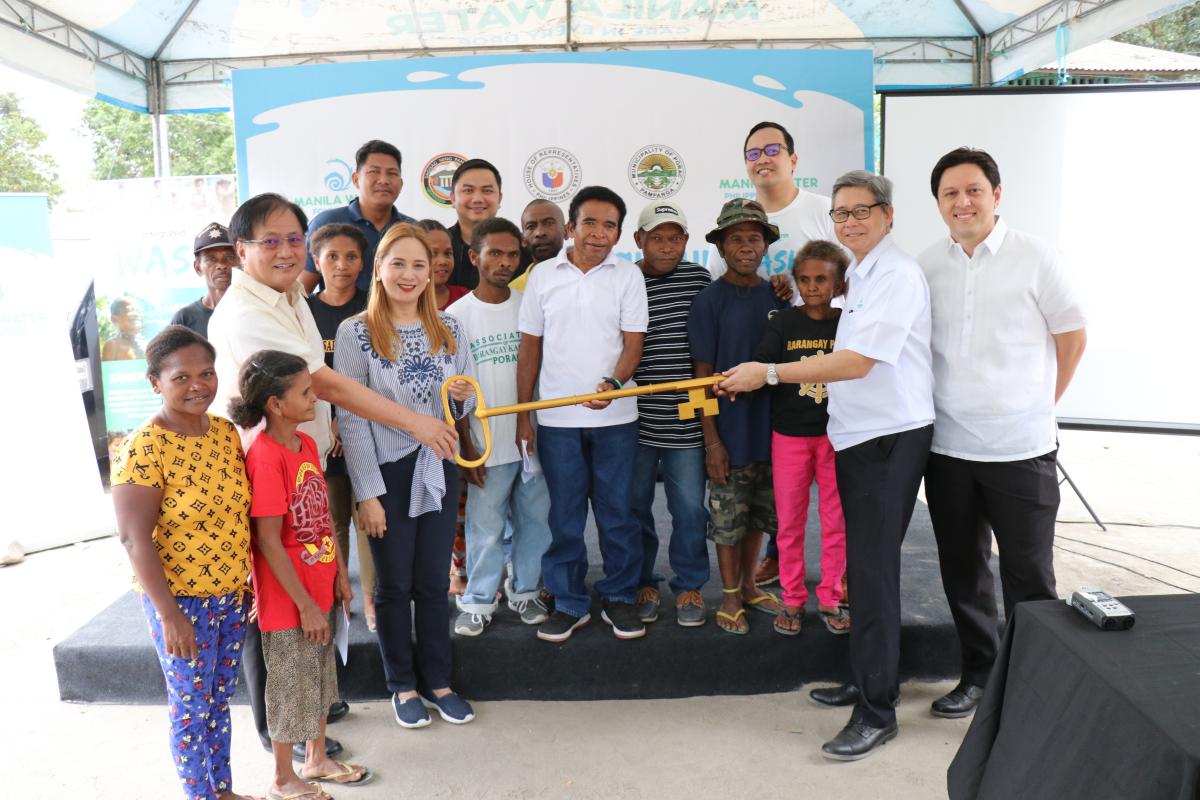 Sapang Uwak, a barangay located along the steep slopes of a mountain in Porac, Pampanga, hosts an Aeta community comprised of around 200 families. The barangay is exposed to a dry and humid environment which inhibits it from having a stable source of potable water.

To address this basic need of access to clean, potable and safe water, Manila Water Foundation (MWF) joined hands with the families of Sapang Uwak to establish its Integrated WASH (Water Access, Sanitation, and Hygiene) education program in the Aeta community. WASH is a pilot program of MWF that starts with building water supply facilities in marginalized communities. 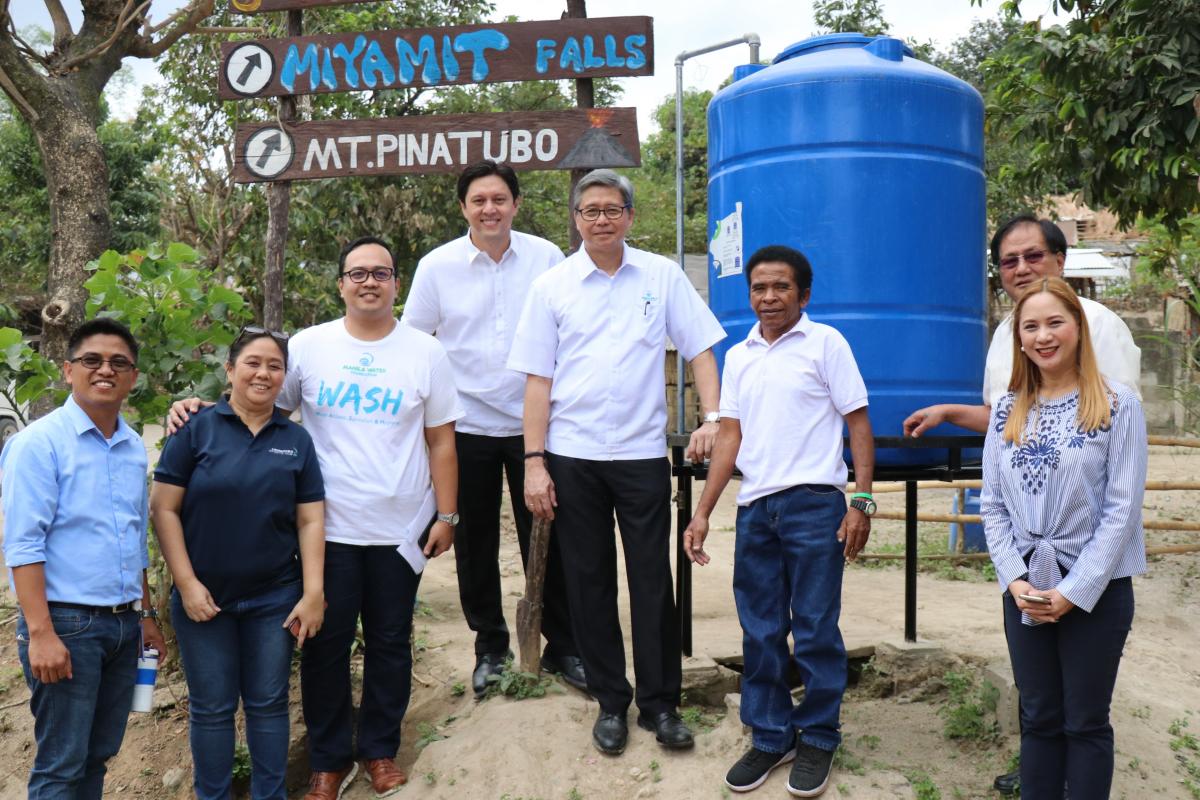 “Kabawasan po ito sa problema ng aming barangay. (This [facility] will lessen the [water] problem in our community),” Mr. Solis Palo, Barangay Captain of Sapang Uwak. “Bagama't under observation pa ang ating tubig, gagawan po namin ito ng paraan sa tulong ninyo at tayo po ay magtutulungan (Despite the fact that our water source is still under observation, we will solve this with your help, and we will work together),” he added.

More than a ceremony, the inauguration of the water facility marks the start of a long-term relationship between the Foundation and the Sapang Uwak community. To truly empower the community, MWF plans to strengthen the formation of water groups among the residents through values formation, organizational development activities and other capacity-building workshops where the community members themselves will lead the maintenance and operations of the water facility.

In 2016, a stand-alone water facility with watering points was built in the Sitio to provide water access to its residents. In 2018, the community, through their water group, sought to have their own in-house water connections which will require individual meters.  Many challenges arose but residents are grateful for having access to water for their everyday use.

Moving forward, MWF and the water group hope to explore a sustainable economic model for Level 3 water system in the community while maintaining a steady supply and safe access to potable water. 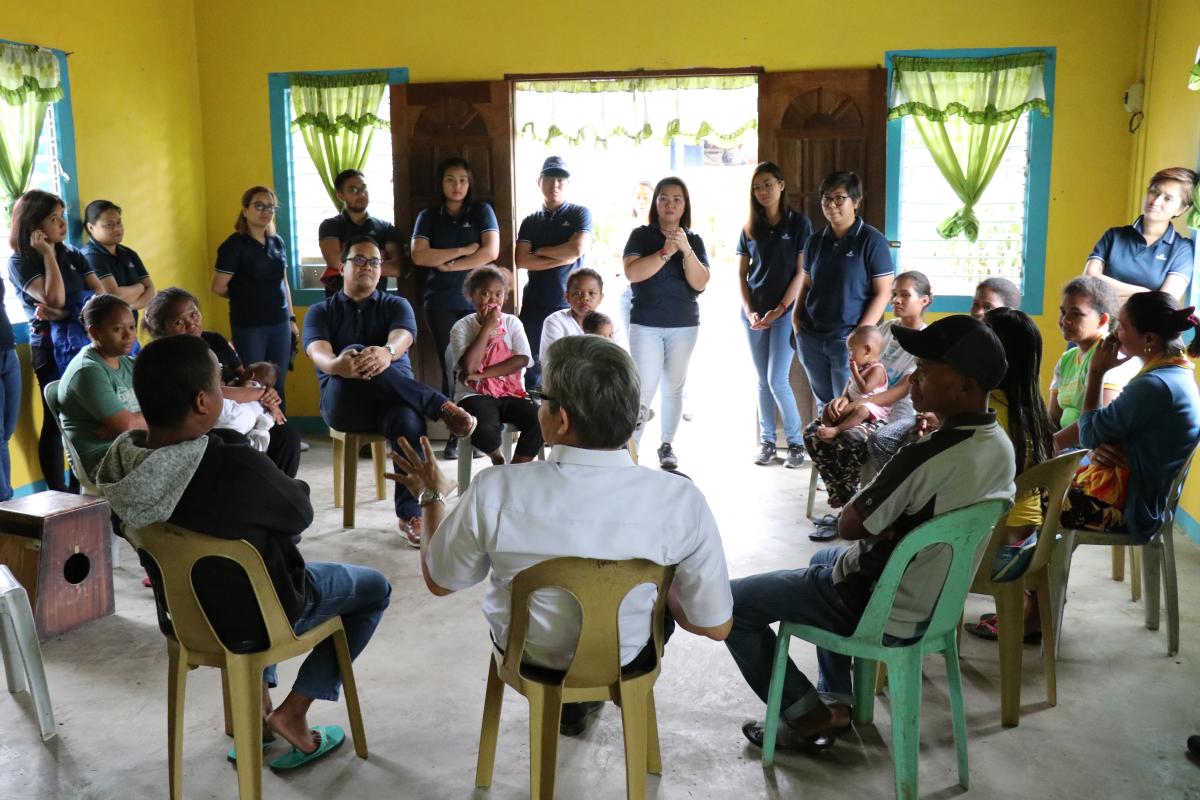 IN PHOTO: MWF President Mr. Geodino Carpio with members of Sitio Monicayo’s Water Group on a discussion about having a Level 3 water system or in-house water connections in the community