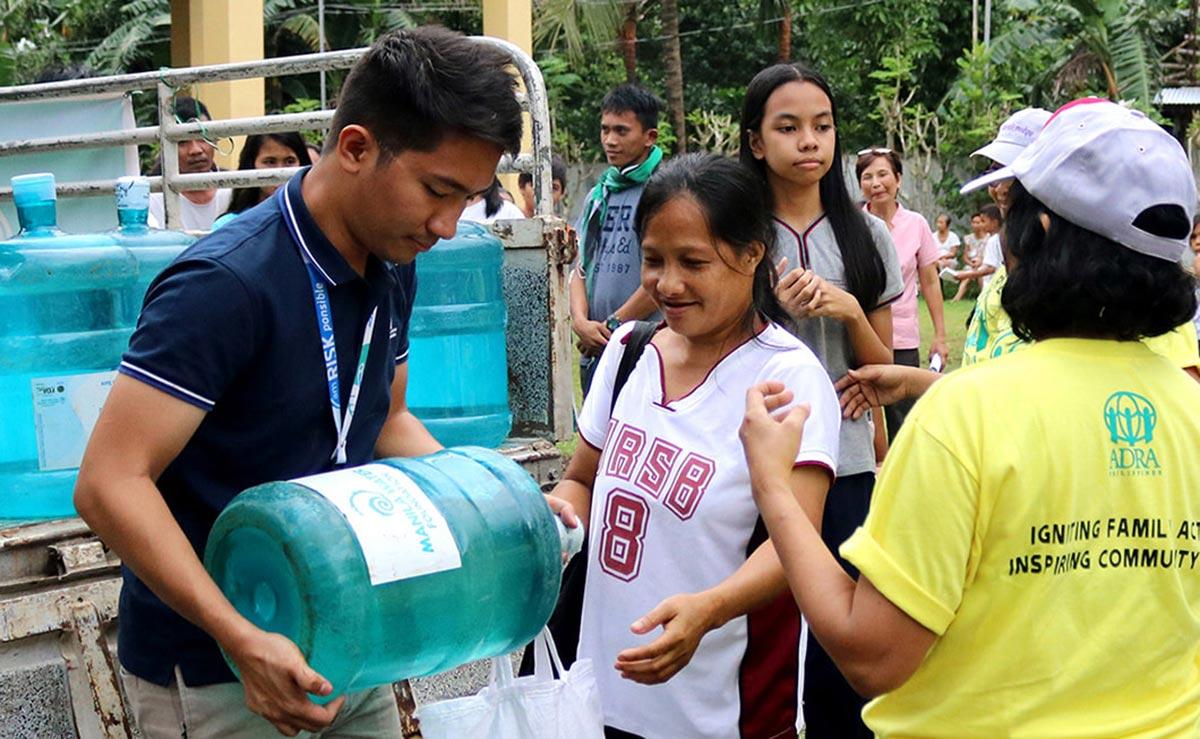 Manila Water Foundation continues to send water relief to the families affected by the Mayon Volcano eruption. To date, more than 3,800 units of 5-gallon potable water have been sent out to the thousands of families residing in evacuation areas in the municipalities of Guinobatan and Camalig, and the city of Legazpi. Additional 2,400 units will be deployed for the remaining evacuees.

Thousands of families affected by the aggressive volcanic activities of Mount Mayon in the municipalities of Guinobatan and Camalig, and the city of Legazpi received water relief through joint efforts of private and public organizations. More than 3,800 units of 5-gallon potable water were initially deployed by Manila Water Foundation (MWF), the social responsibility arm of the Manila Water group of companies in the Philippines, via its ‘Agapay Para Sa Barangay’ (APSB) program.

On January 13, 2018, Mayon Volcano ended the day with an explosion which resulted in a 2.5km high ash plume, which triggered the immediate evacuation of at least 16 barangays. Due to the danger posed by the imminent eruption of the volcano, over 67,000 individuals were temporarily housed in public schools and other public facilities.

Since residents who live near the volcano only source their everyday drinking water from wells and springs situated in their communities, potable water became scarce. This also resulted in cases of diarrhea among children who currently reside in evacuation centers where access to proper sanitation is also poor.

Among the beneficiaries of the water relief is Marita Mostera, a resident of Brgy. Anoling in Camalig, Albay, who shared her ordeal related to potable water supply. Knowing that the other evacuees are also in need, she and her family of eight must conserve their daily water allocation. Because of this, she was thankful to MWF for providing additional clean and safe drinking water to her family and the other displaced families.

(Thank you very much, Manila Water Foundation. We really appreciate it. Imagine, all the way from Manila, three 10-wheeler trucks arrived here carrying potable water. The LGU of Guinobatan, especially the evacuees who benefitted from the potable water, are very grateful.)
​
MWF is set to deploy additional 2,400 units of 5-gallon potable water for the remaining evacuees.